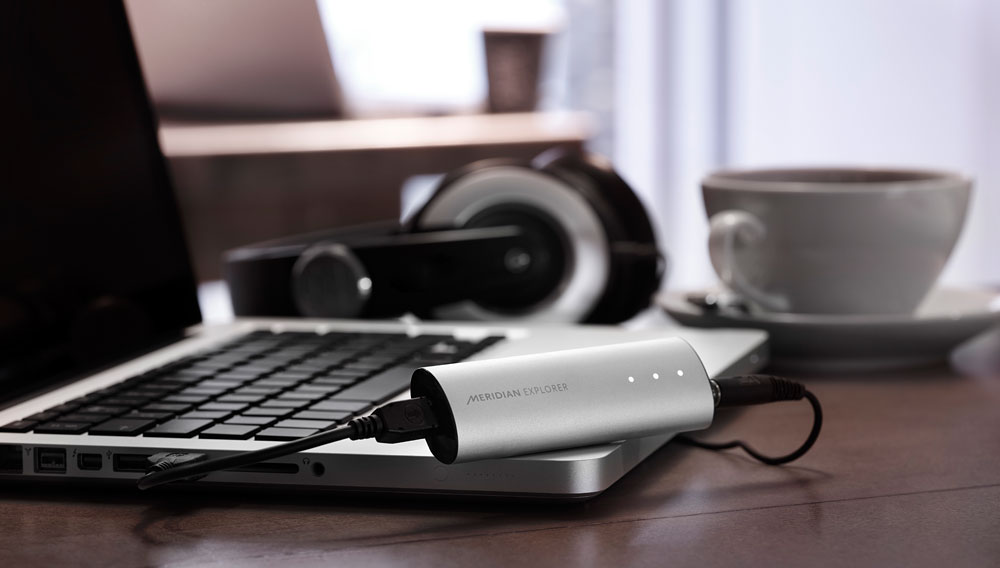 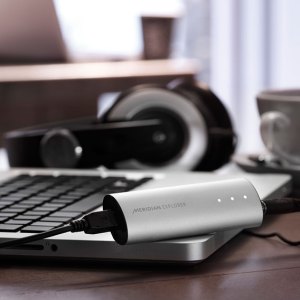 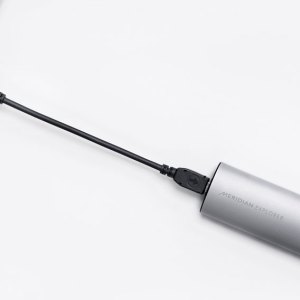 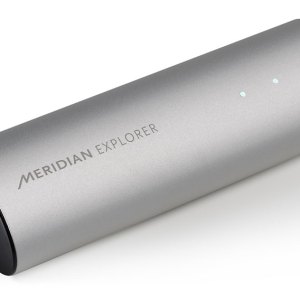 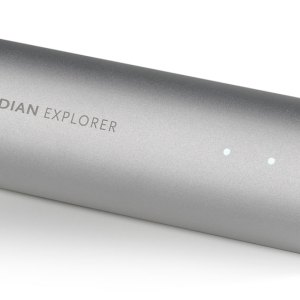 Meridian Audio, one of the world’s leading manufacturers of digital-audio equipment—namely for its line of self-powered, digital-signal-processing loudspeakers and its Digital Media Systems digital music servers—has introduced a USB digital-to-analog converter, the Meridian Explorer ($299). Released in February, this amazing little device is about the size of an average candy bar—and, at less than 2 ounces, weighs about the same—but it provides an enormous boost in the quality of computer-based audio files. Rather than feeding music from a desktop or laptop to headphones or an external audio system via the computer’s headphone jack, the aluminum-shelled Explorer connects to a computer’s USB port via a detachable USB cable. The user then plugs a listening device into the Explorer’s standard headphone jack or connects the Explorer directly to an external audio system using the unit’s 2-volt fixed line-level output. (Mac computer users simply switch the audio-output settings in their computer’s system preferences; Windows users download the free driver software.)

The Explorer is the ideal tool for traveling audiophiles who listen to high-resolution music files from their laptops. It is able to deliver 24-bit/192-kHz music files, the highest-resolution files on the consumer market, which can be downloaded from such sites as HDtracks (www.hdtracks.com). One listen to music files of any resolution delivered via the Explorer reveals just how much musical detail was missing before. (www.meridian-audio.com