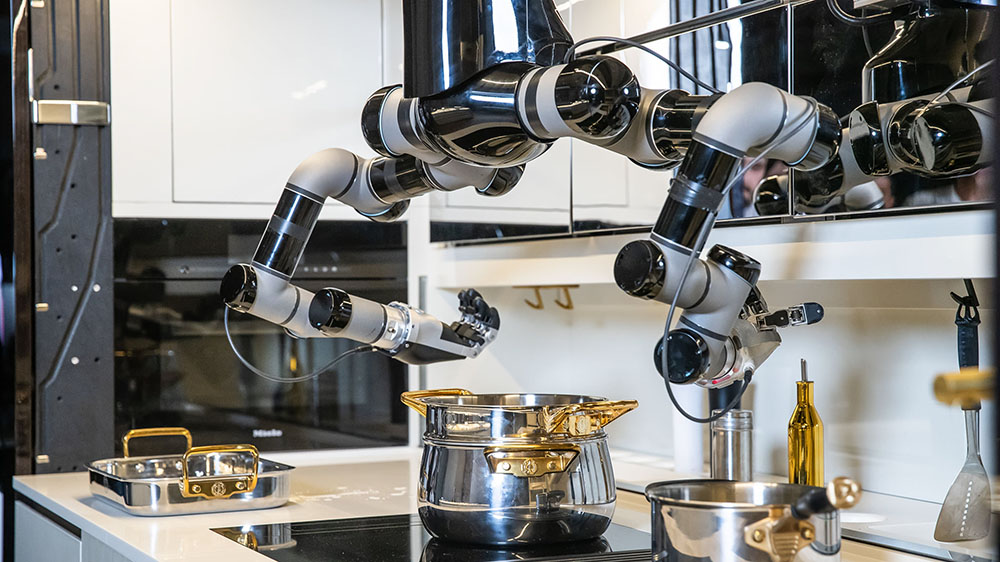 Anyone who spends a lot of time in the kitchen knows that there’s at least one gadget out there for every single step in the cooking process. But there has never been an appliance that could handle them all. Until now, that is.

Later this year, London-based robotics company Moley will begin selling the first robot chef, according to the Financial Times. The company claims the ceiling-mounted device, called the Moley Robotics Kitchen, will be able to cook over 5,000 recipes and even clean up after itself when it’s done. 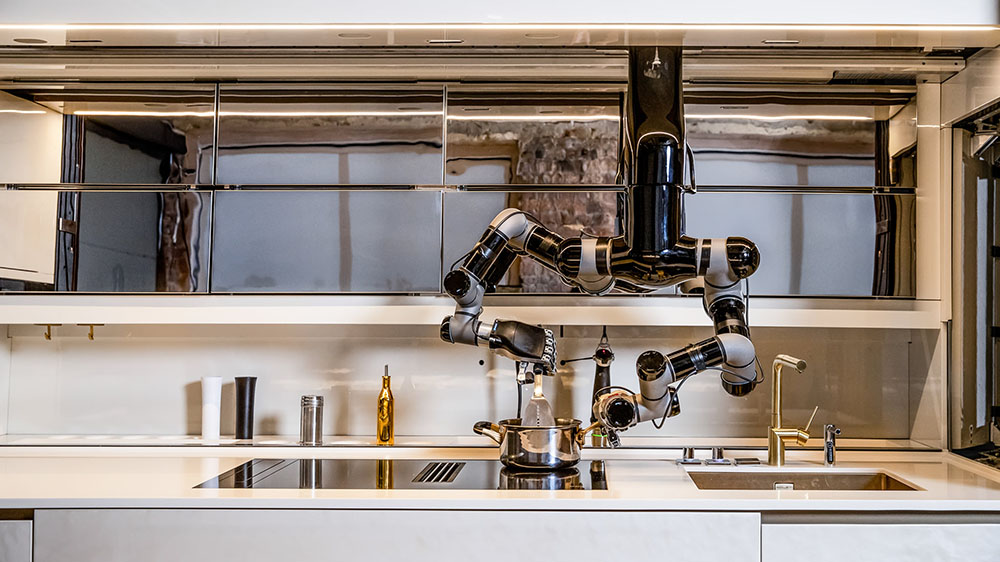 The Kitchen, which took six years to develop, centers around two robotic arms that glide along a track installed in the ceiling of your kitchen. The arms are fitted with two articulating hands that can recreate the actions and movements of professional chefs, which have been uploaded into its memory.

As recently as 2017, the robot chef could only make one dish: crab bisque. Now, however, it will come pre-programmed with thousands of recipes. You simply select what you want to eat on a touchscreen and let it get to work.

Of course, there are still skills the robotic kitchen hasn’t mastered yet. While it can crack an egg, it isn’t yet capable of peeling a potato or dicing carrots. Because of this, you’ll need to handle some of the prep work yourself, and then lay out the pre-weighed ingredients on the counter or in its smart fridge. 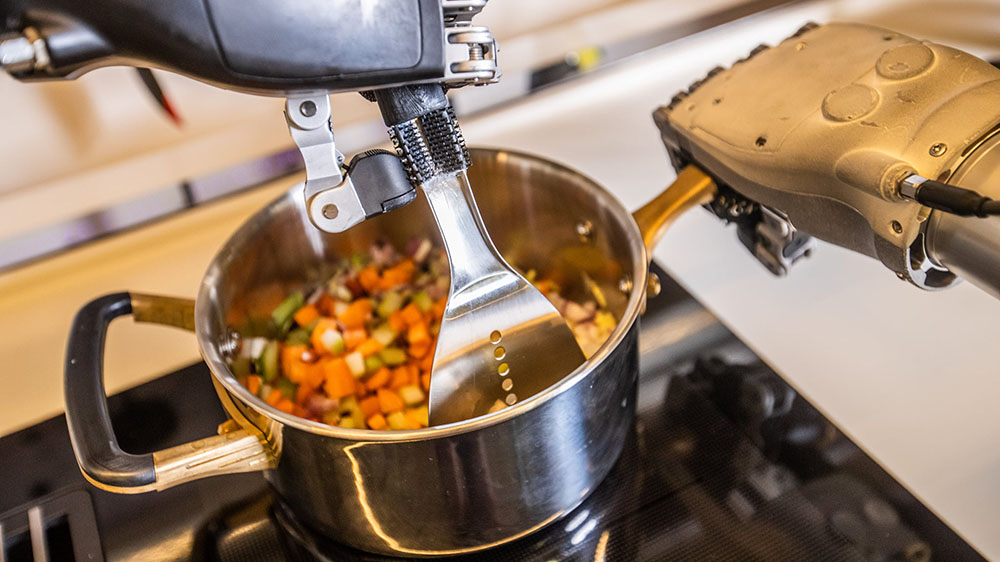 “What you are looking at here is the world’s first consumer robotic kitchen,” Moley founder Mark Oleynik told The Guardian last month. “Like all breakthrough technologies—cars, televisions and computers—it will appeal to enthusiasts, professionals and early adopters, and is priced accordingly.”

That price is all but guaranteed to make sure that the Moley Kitchen doesn’t go mainstream any time soon. The machine, which can be fully customized to blend right into your kitchen, starts at £248,000 (about $335,000). But Moley hopes to introduce slightly more accessible models in the future. Until then, one can dream.