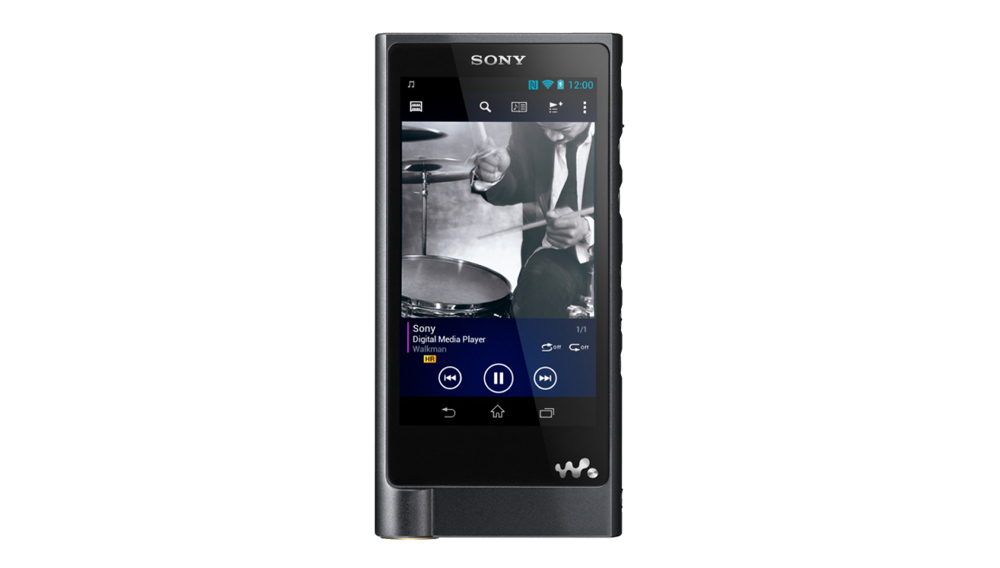 With the brand-new Sony Walkman NW-ZX2 high-resolution portable music player—which started shipping in March at a price of $1,200—the Japanese electronics giant makes what is perhaps its greatest effort yet to revive the Walkman brand since its cassette-tape and CD glory days of the 1980s and ’90s. It is also further evidence that in recent years Sony has successfully established itself as competitive manufacturer of high-fidelity audio and video products—which have included the SS-AR1 loudspeakers, XBR-84X900 4K TV, VPL-VW1000ES 4K projector, and most recently the 4K Ultra Short Throw Projector. With features like a 4.6-inch high-definition touchscreen display, an Android-powered operating system, 128 gigabytes of onboard memory (with a microSD card slot enabling another 128 gigs), Bluetooth connectivity, and the ability to play back high-resolution audio files (as well as HD video), the NW-ZX2 is indeed the Walkman for the 21st century.

Its casing of brushed aluminum alloy, with textured black leather embedded in the back plate, gives the unit a high-quality and sturdy feel; it weighs about half a pound. Sony says the new Walkman will play MP3 music files on a single charge for 60 continuous hours and studio-quality Direct Stream Digital files for 16 hours, though users will find that having the Bluetooth and Wi-Fi functions enabled, and constantly browsing music and the web, will more quickly deplete the battery, which charges in less than 5 hours via USB. The intuitive Android interface makes the new Walkman incredibly easy to navigate and add music to from the Google Play store and other online sources. You can also add music easily from a computer via USB.

So how does it sound? Users who have never heard high-resolution music are likely to be blown away. The Walkman NW-ZX2 delivers music files at resolutions as large as 24 bits/192 kHz with pristine accuracy and a realistic soundstage via high-quality ear buds or full-size circumaural headphones: Musical nuances—such as brushes dragging across a snare drum, the pursing lips of vocalists, and the bow pulling across cello strings—are eerily detailed via the NW-ZX2, while hard-hitting rock music, bass-heavy hip-hop, and the like come through with far more low-frequency grunt than on the vast majority of portable digital music players.

But those new-age audiophiles accustomed to the benefits of high-res music may find themselves somewhat disappointed with this player’s audio reproduction. In terms of detailed sonic imaging and headroom, midrange punch and clarity, and the most idiosyncratic musical details, the NW-ZX2 falls short of hi-fi portable players like the $2,500 Astell&Kern AK240, whose stereo digital-to-analogue converters and other technical enhancements make it second to none. However, this new-generation Walkman does blow most media players (even high-res players like Neil Young’s Pono) completely out of the water. (sony.com)