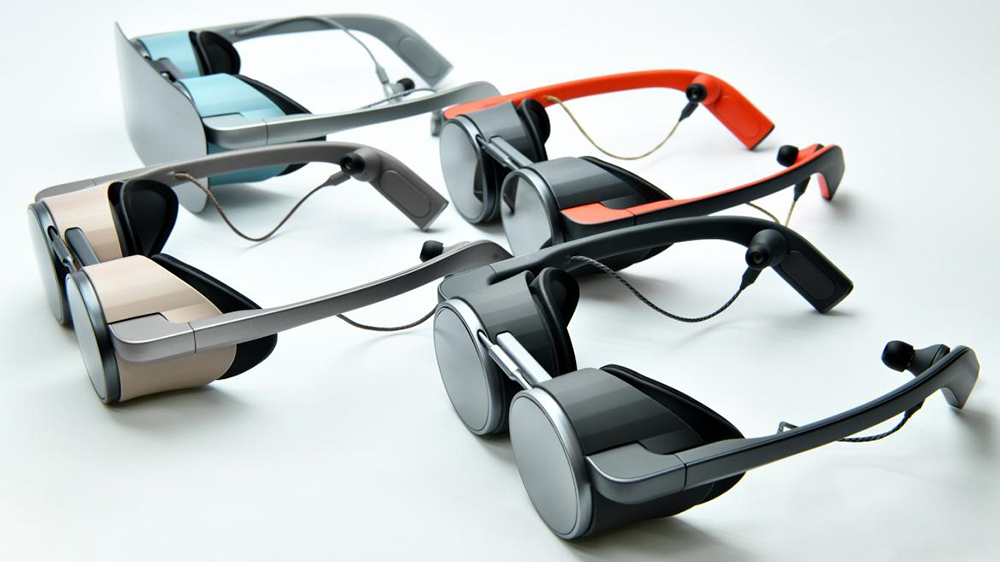 Virtual reality may be the future, but VR headgear still has its flaws: The cumbersome builds currently on the market often consume the whole upper half of a user’s face and the image quality is nothing to write home about. Now, Panasonic is hoping to change all that with a new, lightweight entry into the VR market.

On Monday, the Japanese tech company announced that it had developed the world’s first HDR-capable VR glasses, offering ultra-high definition quality and High Dynamic Range with a fit more akin to normal eyeglasses than Oculus-style headgear. The company says it spent years fine-tuning image and audio quality through the development of countless televisions, Blu-ray players and sound systems––all of which come into play with these VR glasses.

Those OLED displays that are now standard in every high-end TV? Panasonic worked with Kopin Corporation to developed an OLED display small enough to fit into the VR glasses, eliminating the “screen door effect” where divisions between pixels are visible. The result, the company says, is a seamless visual experience. Coupled with HDR technology, the display inside the glasses promises richer, more life-like colors and color contrasts.

While the pair’s tech sounds impressive, its design may be the real game changer. Gone is the all-consuming helmet that has typified most VR systems. This style has two round “frames” and contoured pads where they make contact with the user’s orbital bone—not unlike those you might encounter when getting an eye exam. Both arms have a relatively slim profile that hooks over the ear and has silicone-tipped earbuds placed discreetly on the inner surface so as not to interrupt the silhouette.

And Panasonic’s VR glasses don’t just cut a futuristic profile. This pair has been designed to accommodate the forthcoming 5G networks, which could make a vast collection of new services available to users everywhere. Lighter and more powerful? Your move, Oculus.

Luxury Fragrances Have Generated Over $4 Billion in Sales This Year, a New Report Says