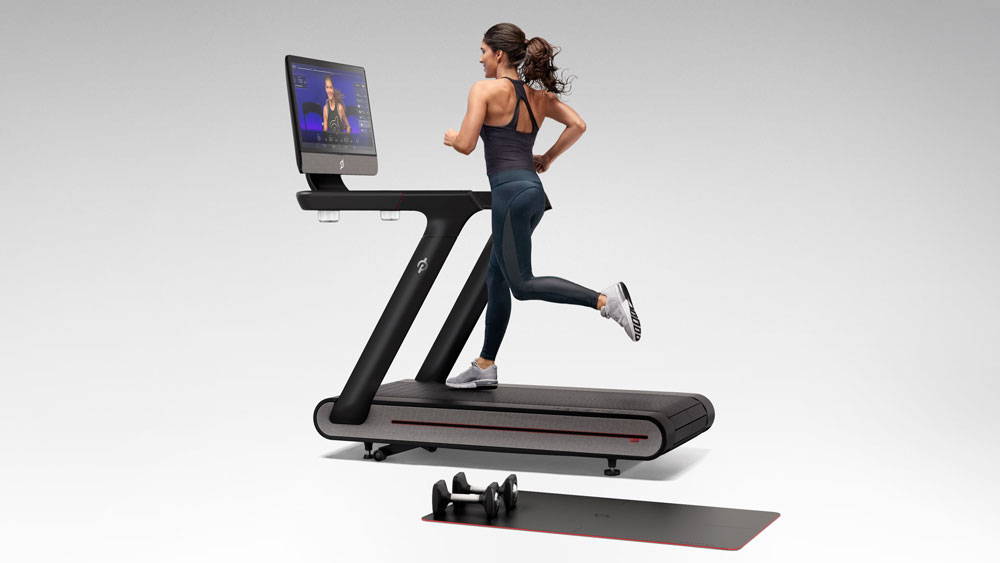 Fitness-industry darling Peloton launched its Internet-enabled smart stationary bike—the company’s very first commercial product—just 4 years ago. In that short time, it quickly amassed a legion of dedicated—even cultish—fans who regularly tune in to participate in live and on-demand cycling lessons with professional trainers and compete with other cyclists around the world.

This year at CES, the Manhattan-based brand officially expanded its unique, tech-driven exercise platform to treadmills with the aptly named Tread. Like its forbearer, the treadmill is equipped with a large 32-inch touchpad that can stream live classes—at least 10 are held daily—with Peloton’s lineup of in-house professional trainers, who motivate and respond to the group’s metrics in real time. Are you the competitive type? Along with the real-time metrics, the Tread’s screen also ranks your performance against the rest of the class’ participants.

If you’re training with a specific goal in mind, you can access a roster of 1,000 prerecorded, on-demand workouts—some of which involve free weights and floor exercises—designed for everyone from novices all the way up to iron-man addicts. After sessions, you can pore over your stats and track your progress.

The Tread has a smart angular appearance that resembles a backward “Z” and a distinct, minimalist, Silicon Valley aesthetic. Composed of 59 shock-absorbing slats, the running surface is designed to minimize impact and maximize comfort. And judging by the hours the company’s reps spent demonstrating the treadmill on the show floor, there might just be something to that claim.

While Peloton is currently taking preorders for the Tread, customers are going to have a bit of a wait; the company plans to begin shipping in the fall. The treadmill is priced at $4,000 (a floor pad and free weights will be sold separately), but you’ll also be on the hook for a monthly subscription fee of $39 per month.