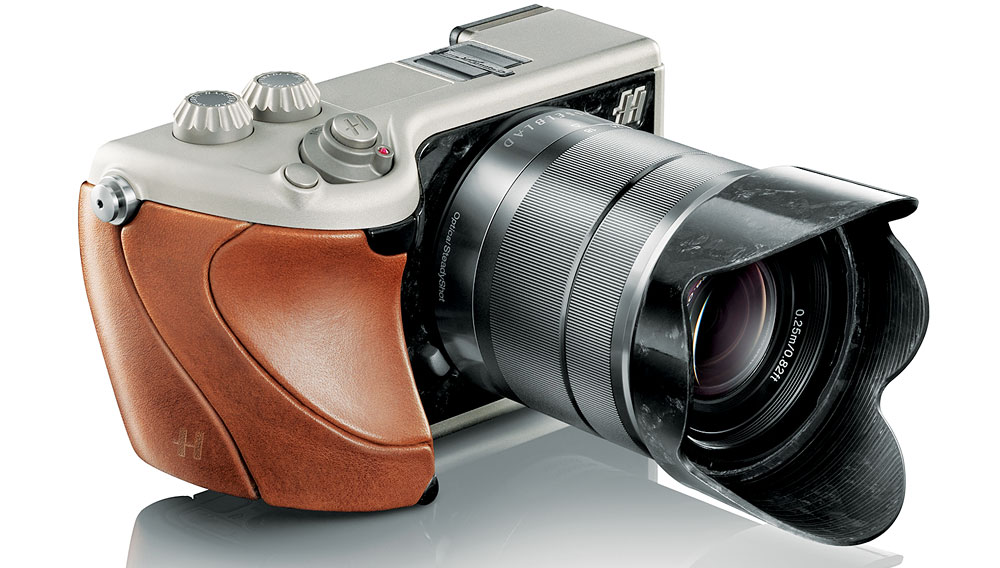 Few images are as ingrained in the collective American memory as the “Visor” photograph. Taken in 1969 by Neil Armstrong, the shot depicts fellow astronaut Buzz Aldrin on the surface of the moon during the first-ever lunar landing, with Armstrong and the Eagle spacecraft perfectly framed in Aldrin’s reflective visor. Armstrong captured the moment with a custom Hasselblad camera that was mounted onto his space suit. So sharp was the photo that it aroused the suspicion of conspiracy theorists around the world, who claimed that such a precise image must be the doctored results of an elaborate hoax.

Hasselblad, which began developing cameras during World War II for aerial surveillance, has long been revered for its precision and technical superiority. The company’s boxy medium-format model—a favorite of photographers from Ansel Adams to Diane Arbus—remains the standard-bearer for top-of-the-line professional cameras. Hasselblad’s focus, however, has never expanded into amateur digital photography—until now.

Launched in May, the $6,800 Hasselblad Lunar marks the company’s first foray into the consumer digital market. The camera, which incorporates Sony technology, is one of the world’s most advanced compact systems (models that fall between DSLRs and point-and-shoots). It offers features—a 24.3-megapixel APS-C sensor, a 25-point autofocus system, full high-definition video recording, an almost instant shutter response capable of 10 frames per second—rarely seen outside of professional and midrange DSLRs.Adding to the camera’s image quality are an automatic viewfinder, which overrides a 2.4-million-dot LCD when raised to the photographer’s eye, and a range of available lenses designed by the German optical company Carl Zeiss. (The Lunar comes standard with an 18–55 mm lens.)

Housing all this technology is a sleek and lightweight body (the camera weighs just 1.4 pounds without a lens) that immediately distinguishes the Lunar from other compact models. The customizable design features a solid, ergonomic grip, and finishes such as Tuscan brown leather and mahogany sourced from factories that supply interior detailing for Italian supercars. The case also incorporates carbon-fiber components and PVD-coated titanium from suppliers of yacht and watch parts. A no-slip shoulder strap is made from a high-tech material used for Formula 1 drivers’ suits.

“Before the Lunar there was no such thing as a luxury camera,” says Larry Hansen, Hasselblad’s chairman and CEO. “Of course, it’s a Hasselblad, so it has to be the best in technology, but the Lunar has been made for the person who is interested in something special and exotic—not just how many pixels it has.”

In the coming year, the Lunar will be joined by a fleet of equally fashionable new models, including a DSLR with a full-frame sensor for more serious photographers, and a smaller point-and-shoot camera—proof that Hasselblad’s digital era has finally taken off.