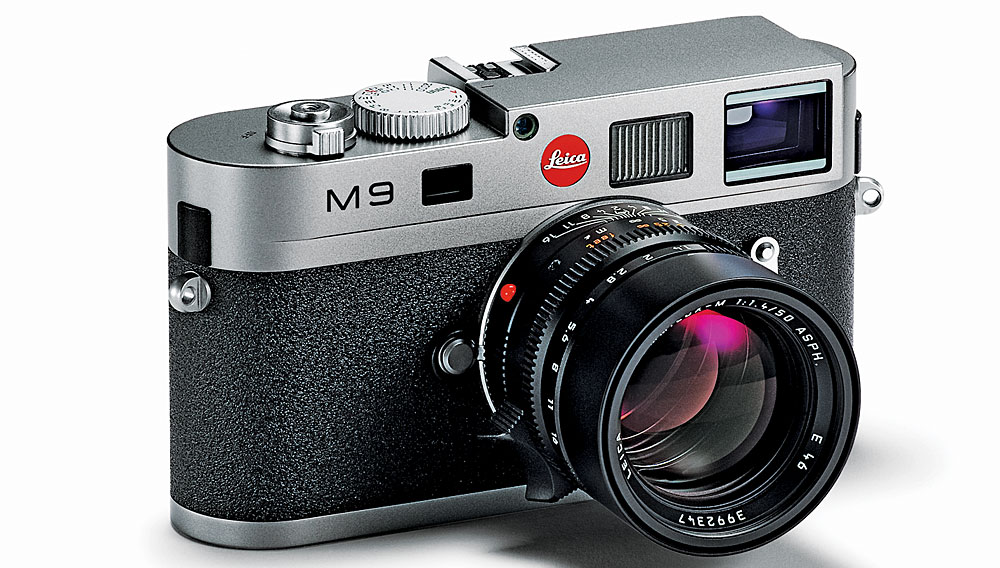 Leica has a loyal following among professional photographers, many of whom still cling to the German manufacturer’s film models. But the company’s newest flagship camera, the M9, finally and decisively settles the argument in favor of digital capture.

The $6,995 M9, the current version of Leica’s M-series rangefinder camera, features a full-frame, 18-megapixel CCD image sensor that allows photographers to use any ultrawide-angle lens—including those designed for film cameras—without sacrificing magnification. When paired with Leica’s $9,995 Noctilux-M 50mm f/0.95 lens, the M9 exceeds the boundaries of the human eye.

The Noctilux-M and other Leica lenses help the M9 capture images with unmatched sharpness, contrast, and color fidelity. And while other digital cameras have a shelf life of about 18 months, the M9 is appropriate for long-term professional use, with a body machined from a high-strength magnesium alloy, and a top deck and bottom plate made of solid brass.

Focusing one of Leica’s durable lenses with the M9 feels like taking the wheel of a Porsche 911 GT3: smooth and precise yet largely ungoverned. Thanks to its high performance at maximum aperture, the M9 rarely requires a high ISO setting, even in low light.

The M9’s rangefinder design will take a short period of acclimatization for photographers who are accustomed to SLRs. Once mastered, however, the efficient system makes the M9 almost an extension of your imagination. And aside from navigating the rangefinder, the transition from film to digital is nearly seamless with the M9. The only thing missing from the camera’s body is the familiar film-winding crank on the right side and the film-transport mechanism (now replaced by an SD memory-card slot) when you remove the bottom plate.

The M9’s traditional feel and exemplary performance might finally convince some of the most fanatic film holdouts to go digital. Even Photographer Jim Marshall—who captured some of rock music’s most memorable images with his Leicas and Tri-X film—is said to be working with the M9.