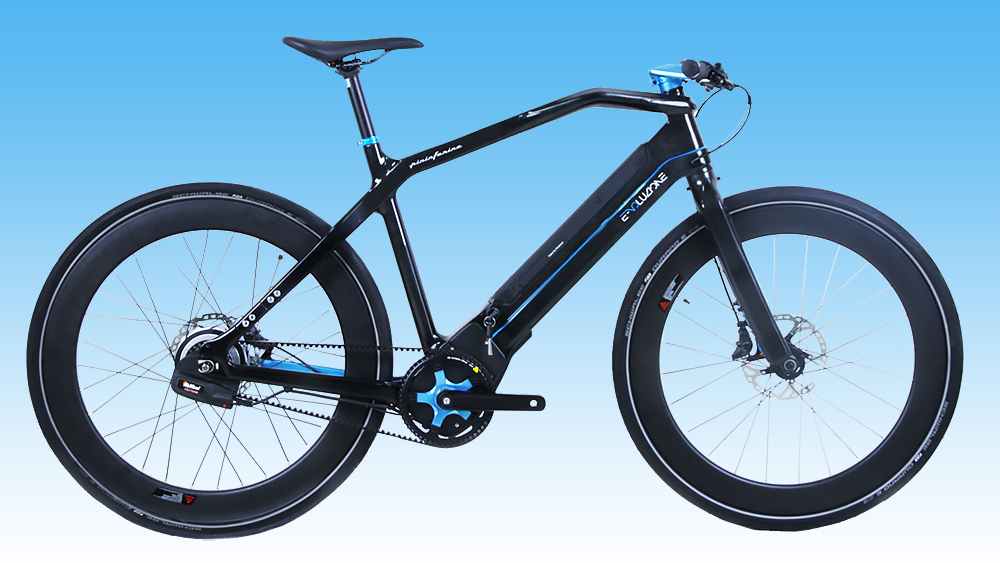 The Eurobike cycling show (the world’s largest bicycling trade show) kicked off earlier today in Friedrichshafen, Germany, and iconic Italian design firm Pininfarina wasted no time in introducing its newest e-bike. Built in partnership with Dutch bicycle manufacturer Diavelo, the Elettronica Limited Edition is the most advanced and exclusive addition to the brand’s E-Voluzione collection, which debuted at Eurobike last year.

An evolution of those earlier models, the Elettronica takes the collection’s dedication to integration to the next level, hiding virtually every component of the bike within its carbon fiber frame. Not only does this make for a more appealing visual aesthetic, it also helps distribute weight more evenly, giving the bike better balance. Like its predecessors, it is equipped with a 500-watt battery powering a Brose electric motor, designed to add extra oomph to each pedal.

While integration was key to the design of the brand’s previous e-bikes, the Elettronica goes well beyond what we’ve seen before. It fully assimilates the bike’s GPS unit and Shimano Alfine electronic gearbox in to the frame. And even though it is loaded with high-end components and technology, the bike’s extensive use of carbon fiber keeps its weight below 33 pounds.

Only 88 examaples of the bike will be made; priced at approximately $11,900, the  Elettronica is set to be released in January.

Pininfarina also used the occasion of Eurobike to show off its Alloy line (teased earlier this year), which lacks the carbon fiber of its cousins. The Alloy bikes are priced at about $4,750 and will be made available for purchase in April.