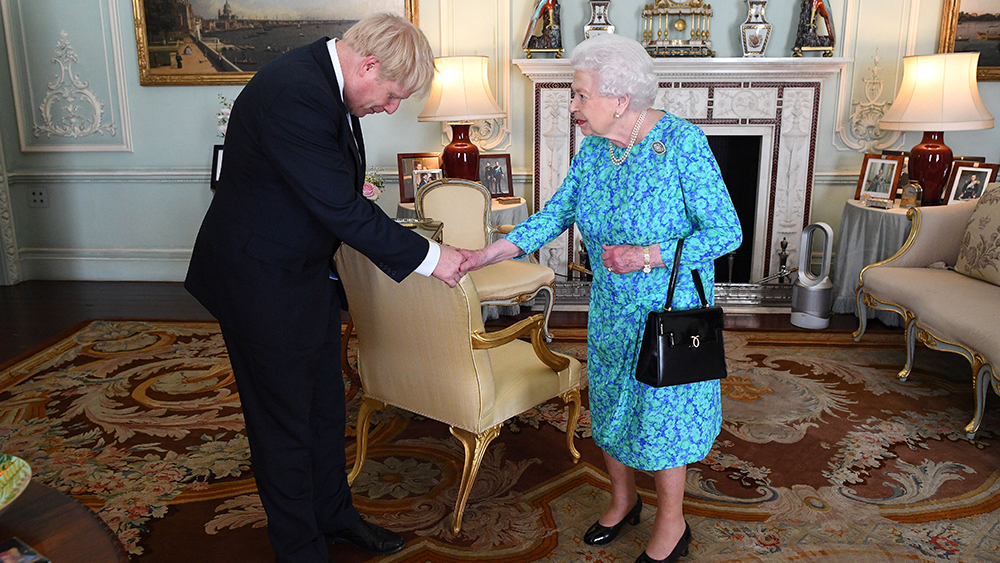 Queen Elizabeth II has found a pretty advanced device to keep her cool during Europe’s record heat this summer. But that’s a little bit of a shame for the rest of us—it’s already sold out.

In a full-frame photo of the queen greeting her new prime minister, Boris Johnson, at Buckingham Palace last week, it’s hard not to spot a Dyson fan in her reception room, just near the corner of her fireplace. According to Insider, the model in question is the Dyson Pure Hot + Cool Link™ air purifier, a device that promises to not only warm up and cool down a space with freshly filtered air, but to rid that air of “99.97 percent of pollutants and allergens as small as 0.3 microns.”

It makes sense that the queen would have such a fan in her home. After all, the British royal family is perhaps the most powerful marketing force in the country, often promoting the best products U.K. companies have to offer.

Until earlier this year, Dyson’s headquarters were based in the English town of Malmesbury, which is about two hours west of London. While it still has offices there and a high-tech campus and education center in Hullavington (it’s just down the road from Malmesbury, keep up), Dyson recently established a new headquarters in Singapore. It’s the reason Sir James Dyson, the company’s founder, reportedly purchased a palatial $54 million penthouse in the island city-state earlier this month.

It’s been about a week since the photo was originally circulated, and the $600 fan appears to be sold out on Dyson’s website. Luckily, there are a number of other similar devices available on Amazon. And if the queen, a master of presentation and expert at a photo-op, is willing to be photographed with the fan, that must mean it’s worth the money.