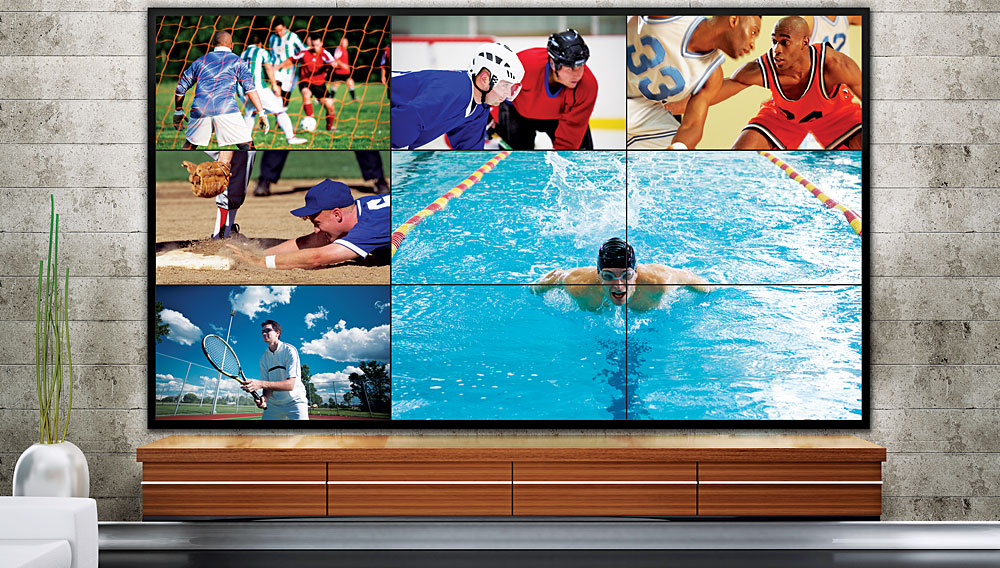 Oregon-based video-product manufacturer Runco opened new doors in home entertainment with the March debut of its groundbreaking WindowWall display. This versatile video unit comprises 46-inch LCD panels that can be arranged in virtually any quantity or configuration, with image-to-image gaps that are just over a quarter-inch thick. Each panel can display a distinct video image, a portion of an image to generate a single larger picture throughout the entire array, or any desired combination in between.

“The WindowWall opens up a whole new world,” says Eric Eidelman, president of Audio/Video Interiors, an authorized Runco dealer and installation firm in Los Angeles. “We get our entertainment from so many different places now that people are really rethinking what they use their rooms for. When it’s not being used for total entertainment purposes, the WindowWall can really be a window into whatever experience you want.”

Eidelman and his company, along with Runco’s roughly 1,200 other North American dealers, are understandably excited about the possibilities the WindowWall presents. Sports enthusiasts will appreciate the system’s ability to stream different video signals to each panel and, thus, display numerous televised sporting events simultaneously. Multitaskers conducting business from home will find the WindowWall useful as a computer monitor that can be viewed concurrently with stock tickers and news reports. Socialite hosts and art enthusiasts will enjoy the WindowWall’s ability to display a slide show of images, a single static work of art, or an idyllic landscape—or all three at the same time.

“It gives designers the opportunity to do creative things,” says Eidelman, who recently discussed with an interior designer the prospect of disguising a WindowWall array by installing it flush with the wall and placing a digital sample of the wall’s finish on the screens. “Then at the press of a button,” says Eidelman, “the WindowWall would completely transform the feel and the look of the room.”

The WindowWall system, which starts at about $20,000 for a two-panel setup and rises to about $300,000 for a 20-panel array, should also integrate seamlessly with most homes’ existing audio/video gear. This simplicity of installation and use will ensure that the WindowWall remains unobtrusive—and that homeowners can focus on the visual entertainment it provides.