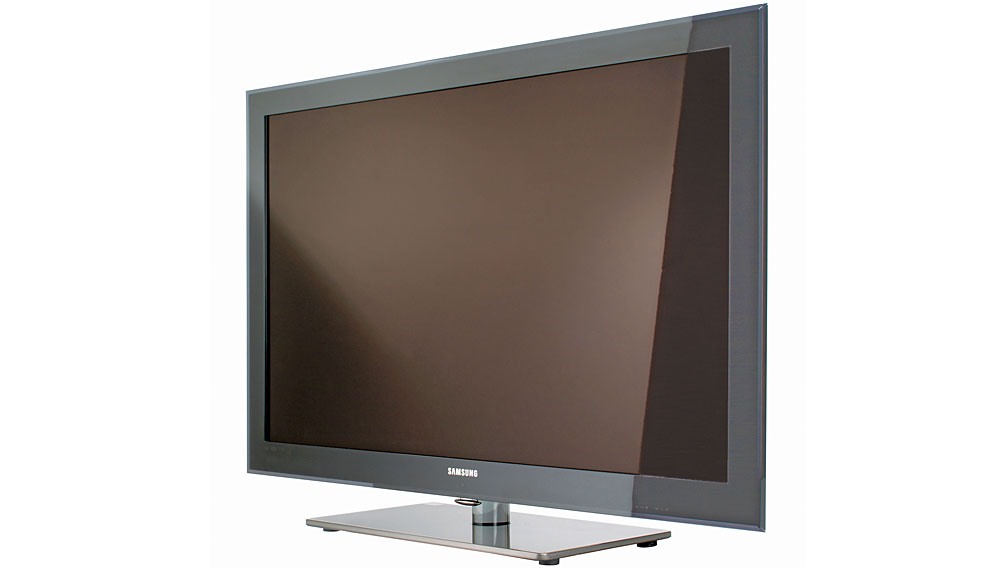 With its top-of-the-line television, Samsung makes a convincing case for LCD-panel technology. Released early last year, the Samsung 8500 Series 8 LED TV (800.726.7864, www.samsung.com) employs a backlit array of LEDs to illuminate the unit’s full-high-definition LCD panel. This backlighting bridges—if not wholly obliterates—the gap between LCD and plasma, the latter of which is losing traction in the market for its impractical power consumption and notorious buzz.

While a number of other leading manufacturers have begun incorporating LED arrays into their LCD panels, Samsung is a step ahead of the competition. The South Korean manufacturer’s 8500, which is available in 46-inch ($3,600) and 55-inch ($4,500) models, achieves remarkable black levels, contrast ratios, and color vibrancy, and, with a 240 Hz refresh rate, it noticeably reduces motion blur compared with the previous year’s models. The LED-based design also allows for the svelte profile that consumers have come to expect, with the 8500 measuring in at a slender 1.6 inches deep.