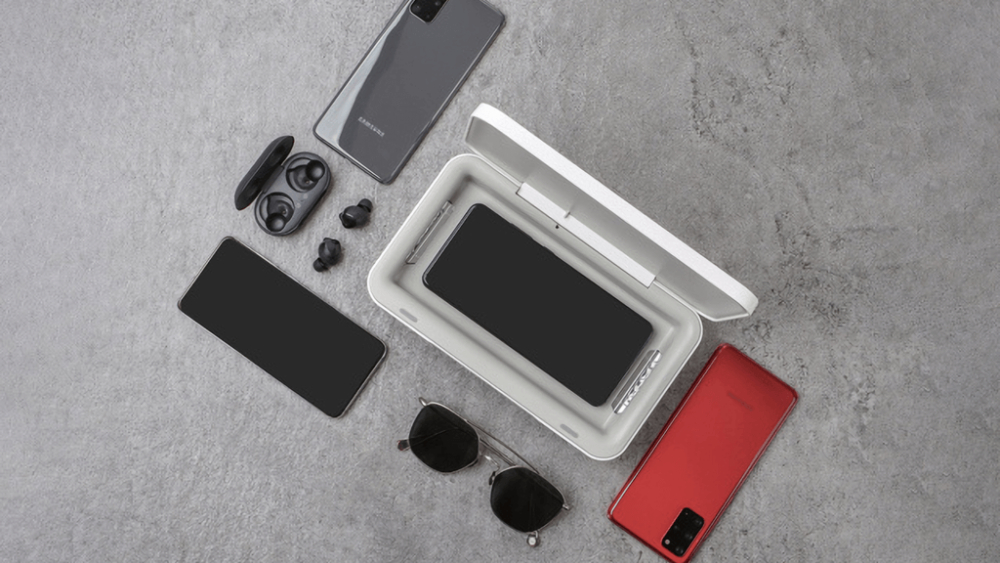 The coronavirus pandemic has us all rethinking the most basic things––electronics included. Considering how often you touch your phone on a given day and the germs harbored therein is enough to make anyone’s skin crawl. Thankfully, Samsung’s latest gadget can make fingerprints the worst of your worries.

Samsung’s ITFIT UV Sterilizer is the tech giant’s new wireless charger that has a novel feature that couldn’t come at a better time: built-in ultraviolet lights to sanitize your mobile. The dual lamps housed within illuminate from above and below to kill 99 percent of common bacteria (Escherichia coli, Staphylococcus, Candida albicans to name three) in just ten minutes as your phone gets some juice.

Though the device has a fairly compact profile (8.9in x 5.2in x 1.9in), it is still roomy enough to be used on other small objects you may want to sterilize. Your keys, wallet, earbuds and sunglasses are just some of the most common items that fit neatly within its borders.

The sterilizer has a streamlined, minimalist exterior.  Courtesy of Samsung

Thoughtfully designed, the all-white ITFIT UV Sterilizer doesn’t stop charging once the 10-minute-sanitation process has ceased. It also comes equipped with a magnetic lid that closes softly for a stable feel. It can easily fit the brand’s Galaxy S20 Ultra so it should have no problem accommodating most other phones. But then again there’s no reason why it can’t be purchased for its disinfecting abilities alone—after all, there’s only so much society can ask of hand sanitizer.

Though the company doesn’t list the current coronavirus, Covid-19, as one of the microorganisms killed by its UV lamps, UV lights are an active area of exploration as scientists and governments look for new ways to combat the contagion in public places. Even metropolitan centers as large as New York City are experimenting with UV lights as a means of disinfecting entire subway cars in one fell swoop. No one can say with any certainty whether this new device’s UV output will help, but the measure is unlikely to do further harm.