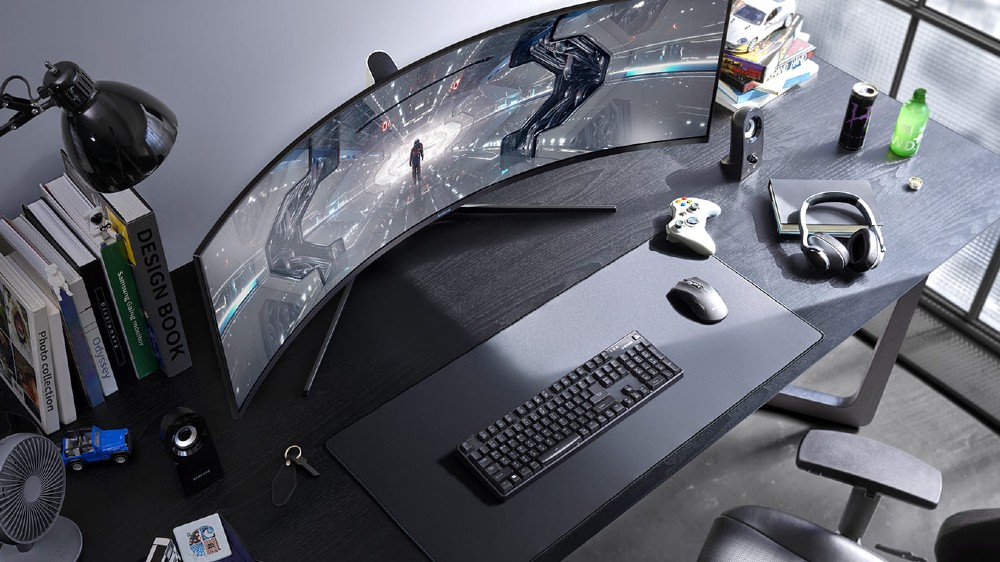 With the lightning speed at which technology moves these days, it’s easy to feel like each new device you buy is on the road to obsolescence within weeks of purchase. But that’s far from the case with Samsung’s newest gaming monitor, a 49-inch behemoth called the Odyssey G9. The ultra-wide display is so bleeding edge that even the most powerful gaming rig can’t keep up with it—yet.

Unveiled at—where else?—the Consumer Electronics Show in Las Vegas earlier this week, the South Korean electronics giant’s latest gaming monitor is the world’s first 1000R curved screen with a 32:9 aspect ratio, according to the brand. But most impressive of all is the gigantic display’s 240hz refresh rate, which means it can play games at a breathtaking 240 frames per second (fps).

That refresh rate is actually so high that you’ll be hard-pressed to find a computer or game that can take full advantage of it just yet. Even if your rig is powered by one of Intel’s 9th-generation Core i7 or i9 processors and equipped with a top-shelf graphics card, like the $1,199 Nvidia RTX 2080Ti, you’ll have to turn down the graphics settings on your favorite games to get it to run at 240 fps. That’s because at 49 inches and 32:9, the G9 is basically two 24-inch, 16:9 monitors side by side, meaning it demands twice as much power from your PC.

But there’s much more to Samsung’s new monitor than an impossibly silky refresh rate. The display has an ultra-sharp 1440p resolution. While that may not be as sharp as a 4K TV, it’s a significant bump over the 1080p resolution that’s common on most computer monitors, even those used by professional gamers. Its immersive 1000R curvature also means that the monitor almost fully envelops your field of vision whenever you’re playing League of Legends or Overwatch. It also features a 1ms response time and support for both AMD FreeSync 2 and Nvidia’s G-Sync, which is basically everything a gamer could want from a monitor today and tomorrow.

Samsung has yet to reveal pricing details for the Odyssey G9, but considering how much gamers are willing to pay for the perfect setup—like $14,000 for the right chair—you can bet it will be steep. The monitor is expected to go on sale later this year.