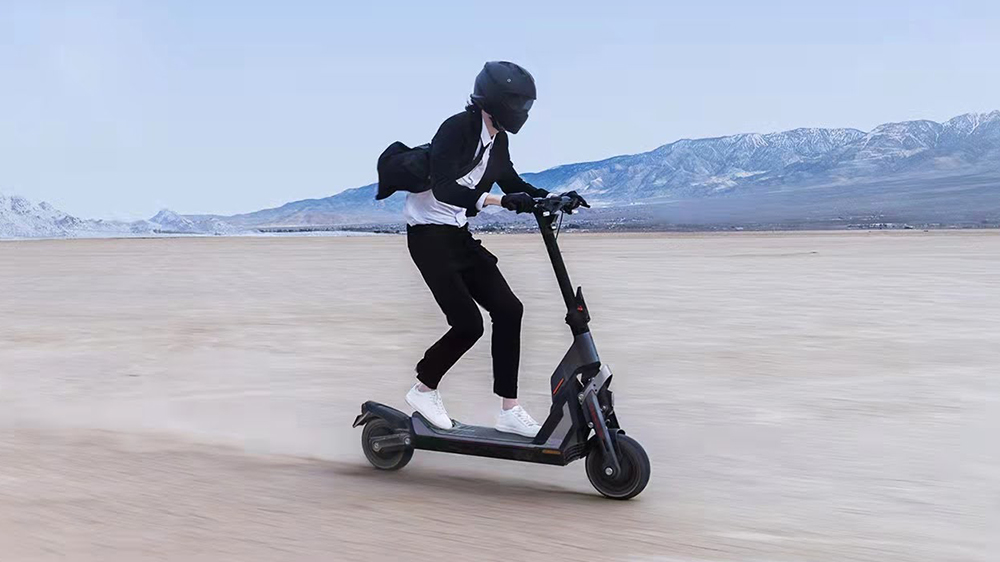 These scooters definitely aren’t for kids.

Segway has just unveiled its new GT Series of electric scooters, and we can all but guarantee they are nothing like the two-wheelers you used to ride as a child. That’s because the battery-powered models are true beasts, capable of reaching speeds up 43.5 mph.

The e-mobility company’s latest line will initially consist of two models called the GT1 and the GT2. They’re similar to the two-wheelers some of us rode in the 1990s, with two key differences—they’re made from better materials and are a lot bigger. Both models are crafted from aircraft-grade aluminum and have extra-wide footboards, a double wishbone suspension structure and ride on a set of 11-inch “Anti-Puncture” tubeless pneumatic tires.

There’s a good reason for these changes: The GT Series scooters are incredibly fast, demanding a design that’s solid and substantial enough to balance their acceleration. The GT1 is powered by an 1,400-watt of rear-hub motor and can accelerate from zero to 30 mph in 7.5 seconds and hit a top speed of 37.3 mph. If that’s somehow not fast enough for you, the GT2 is equipped with a 1,500-watt motor on each wheel and can zoom from zero to 30 mph in 3.9 seconds and tops out at an almost-scary 43.5 mph. You’ll be able to ride both for a while, too. The GT1 has a range of 43.5 miles, while the GT2 can travel 55.9 miles.

Other features include a digital display, four speed modes and front and rear hydraulic disc brakes, which just might be the pair’s most sensible features. There are also LED lights so you’ll be spotted day or night, as well as IPX4 weatherproofing so you can ride rain or shine.

Performance and features aren’t the only aspects that differentiate Segway’s e-scooters to those of yore. You can buy an adult-sized Razor on Amazon for about $100 right now. Segway’s two-wheelers cost a lot more. The GT1 will be run you $2,999 when it launches later this year, while the GT2 can be had for $3,999. Both are available for a discount through the GT Series’s Indiegogo page, though. Early adopters can get the GT1 for $2,499 and the GT2 for $3,499.

Deliveries are expected to begin in August, which means you have four months to find yourself a very strong helmet.