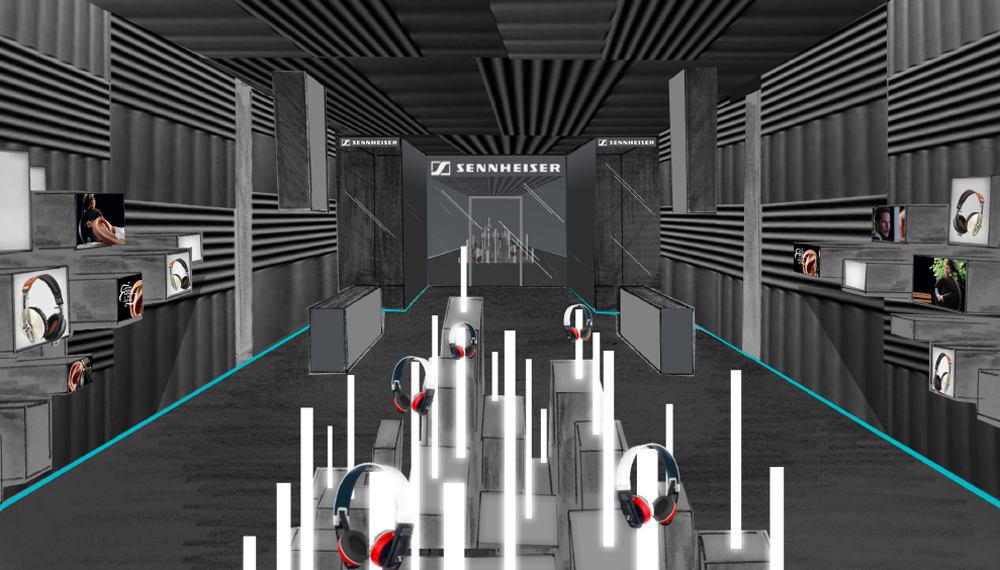 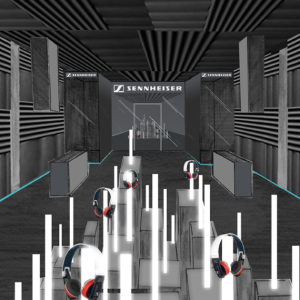 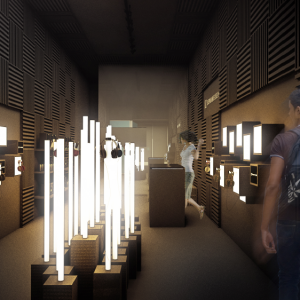 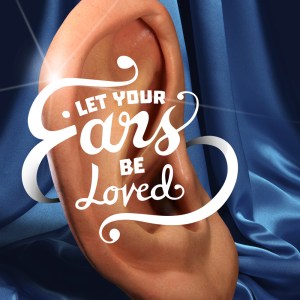 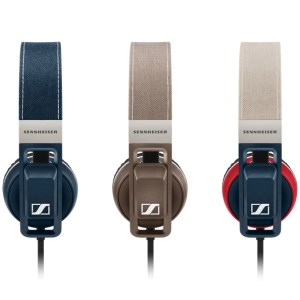 New York and San Francisco, November 12, 2014: Just in time for the holidays, German premium audio brand Sennheiser announced it is opening two temporary experiential stores in New York City and San Francisco, running between November 22nd and December 28th. The stores will deliver a unique sound experience to consumers while furthering Sennheiser’s own efforts to increase consumer awareness on the benefits of premium sound.

The stores will feature a melange of sonically and visually stimulating elements, interluding between abstracted forms of acoustic panels, visual sound waves and cityscapes, as well as the premiere of an interactive audio-visual installation by Andreas Muller of London-based design firm Nanika. Offering a variety of sound experiences for customers, the focus is on Sennheiser’s consumer headphones: the recently launched Urbanite, and premium Momentum collection.

Located in the trend-setting neighborhoods of Manhattan’s Lower East Side and San Francisco’s Mission District, the stores will act as an urban sanctuary, allowing visitors to relax and  enjoy the pleasures of excellent sound  while browsing through a selection of curated magazines and playlists. The grey, symmetric, acoustic panels on the stores’ interior will not only convey a unique spatial experience, but will also reduce outside noise, creating a sonic ‘cocoon’ — a temporary ‘escape’ from the holiday hustle for ears that crave sensory delight.

Hear the Love in New York and San Francisco

The opening of Sennheiser’s concept stores follows the company’s highly successful  ‘Let Your Ears Be Loved’ campaign that launched earlier this fall, and gained over one million views in just ten days. The campaign, which features video, social media and experiential event components —each driven by a sensual and somewhat controversial German-accented ‘Urbanite’ headphone character’ — encourages millennial consumers to pamper their ears with aural pleasure.

Each store features several interactive listening stations, with recently introduced Momentum and Urbanite collections. For those seeking a deeper and even more interactive experience, the high-end DJ and Gaming Stations in both stores provide the opportunity to uncover one’s own hidden talents. A spectacular interactive visual installation by Andreas Muller of London-based design firm Nanika, reflects the ambient sounds outside the stores in real-time.

“The primary mission of these pop up stores is to offer urban consumers a deeper appreciation of premium sound, while encouraging them to foster a closer relationship with Sennheiser,” commented Stefanie Reichert, Strategic Marketing, Sennheiser. “During November and December, in each of these U.S. urban capitals, consumers will have the opportunity to interact directly with our brand, giving us the opportunity to better understand customers’ needs while perhaps influencing their decision-making criteria.”

The stores will be located at 11 Kenmare St. in Manhattan [between Bowery & Elizabeth streets — subway: Bowery, J, Z lines.] and at 2277 Mission Street in San Francisco (between 18th & 19th streets). Refreshments will be served.

The Design: ‘The Pursuit of Perfect Sound’

Inspired by Sennheiser’s mission  ‘The Pursuit of Perfect Sound’, the award-winning spacial designer Helen Sirp collaborated with Saintil Communications creative director Jean-Robert Saintil to create the experience of the stores. Visually, the foam panels reflect the softness of the headphones. Envisioning a sanctuary for excellent sound, Sirp explains: “I wanted to create a space that offers a unique experience for sound and was intrigued by the contrast of sound vs silence. That’s why we chose the grey acoustic panels which also match Sennheiser’s corporate colors quite nicely. I especially like that the stores are in urban areas — sound waves meeting the cityscape!”

Central to the store space is the installation of the Urbanite headphones which will be placed on illuminated ‘sound towers’. This forms a visual ‘sound wave’ of light, while referencing the urban environment of the stores and the cityscape. The second product series, the Momentum On-Ear headphones, will be housed in milky perspex illuminated cubic horizontal towers.

Helen Sirp, the London-based designer who graduated at the talent pool Central Saint Martin’s, is best-known for designing and curating retail and event spaces for the lingerie label Kriss Soonik, and Eesti Disainikeskus (The Estonian Design Centre) which was awarded as best ‘International Fashion Showcase‘ by the British Council during London Fashion Week 2013.

In the New York store, Sennheiser will host weekly events with local musicians and artists. Vogue’s ‘One To Watch’ 2014 Marques Toliver is already confirmed. Others will be announced soon.

The Sennheiser Group based in Wedemark near Hanover, Germany, was founded in 1945 and has gone on to become a leading manufacturer of microphones, headphones and wireless transmission systems. Sales in 2013 totaled 590.4 million euros. Sennheiser employs more than 2,500 staff worldwide and operates plants in Germany, Ireland and the USA. The company has a worldwide network of subsidiaries in France, Great Britain, Belgium, the Netherlands, Switzerland and Liechtenstein, Germany, Denmark (Nordic), Russia, Hongkong, India, Singapore, Japan, China, Australia and New Zealand, Canada, Mexico, and the USA. It also has long-established trading partners in other countries. Georg Neumann GmbH, Berlin, a maker of studio microphones and monitor speakers, and Sennheiser Communications A/S, a joint venture making headsets for PCs, offices and call centers, are also part of the Sennheiser Group.

More up-to-date information about Sennheiser is available on the internet at www.sennheiser.com.