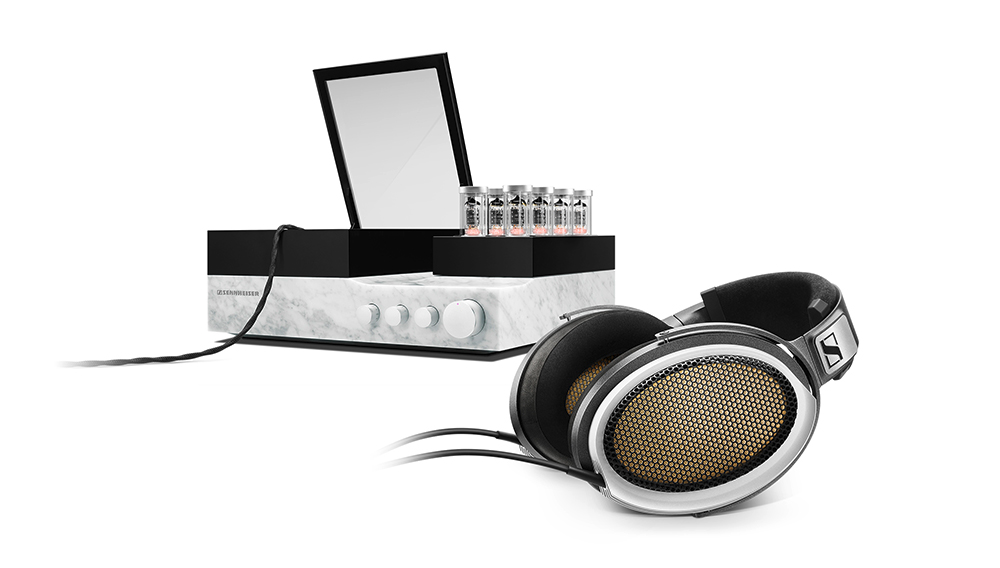 This morning, the applause of audiophiles everywhere filled the air after the announcement of Sennheisser’s new Orpheus headphones—the German sound pioneer’s latest acoustic alchemy. Touted as “the best headphones in the world,” the elite electrostatic system culls cutting-edge technology, materials, and craftsmanship for a listening experience unrivaled in precision of sonic reproduction, spatiality, and frequency response—the latter even surpassing the range perceptible to human hearing.

Orpheus follows its Promethean predecessor of the same name that set the audio world on its ear when introduced in the early 1990s. But the current rendition—built with over 6,000 components—raises the bar and creates a new benchmark in both audio and visual appeal. Housed in marble from Carrara, Italy (the same selection of marble that was Michelangelo’s medium), is an amplifier comprising eight vacuum tubes contained in patent-pending quartz-glass bulbs. When powered on, the controls (milled from a single piece of brass and then chromium-plated) extend out from the front of the marble housing while the amplifier’s tubes rise from the top. A glass case then automatically opens for access to the headphones. Paired with the tube amplifier is a patented ultra-high-impulse amplifier stage within the headphones’ cups. Rather than intensifying to high voltage at the amplifier itself, the process occurs at the gold-vaporized ceramic electrodes located less than .4-inch from the platinum-vaporized diaphragms inside the headphones. Little power is lost in the cable transfer, and efficiency is increased by 200 percent compared to its electrostatic counterparts.

The headphones’ harmonic highlight, however, has to be its frequency range of 8 hertz to over 100 kilohertz. Though extending beyond human recognition, this vast frequency response decimates almost any chance of distortion. Leather ear cushions lined with hypoallergenic microfiber add comfort to the clarity and help listeners maintain focus on the music.

Details of the new Orpheus were released as part of Sennheiser’s 70th anniversary commemoration. The headphone system will be available in the middle of 2016 for about $55,000. (en-us.sennheiser.com)