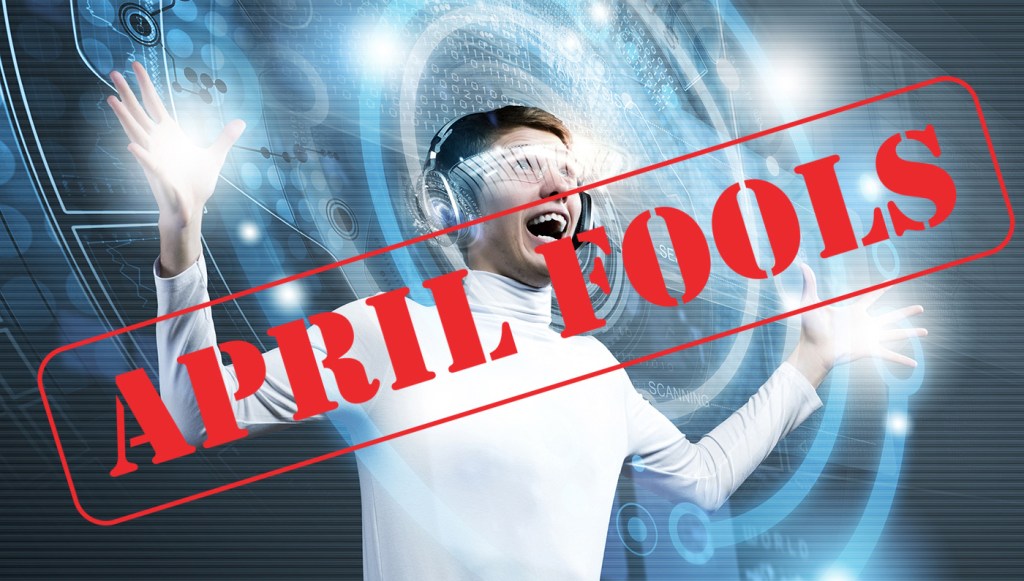 I couldn’t believe my eyes—or my ears, nose, skin, and tongue, for that matter. Earlier this week, a decidedly unknown tech startup called Sensory VR flew me to Silicon Valley aboard a Gulfstream G280 private jet owned by the company’s founder and billionaire technology virtuoso Valentine Michael Smith, which isn’t his given name. Smith was born in Russia in 1974 as Vyacheslav Michail Smekhov and—since earning a dual doctorate in neuroscience and computer engineering from MIT and creating the primary language-analysis algorithm for IBM’s artificially intelligent supercomputer Watson—he has been working tirelessly to create a virtual-reality system that makes the Oculus Rift seem like Atari. The system, called the Sensory Gateway, inserts users into an artificially generated virtual world, which they experience with all five senses.

After a Bentley Mulsanne Grand Limousine (which isn’t even to market yet) transports me from a private airport in San Jose, Calif., to an unassuming warehouse not far from the Facebook campus in Menlo Park, I experience the Sensory Gateway, an opportunity that the company offered to Robb Report as an exclusive. (Of course, I brought a photo and video crew with me, but am under a strict non-disclosure agreement not to release any of the material, beyond this report and photo, until July, when my full story and interview with Smith will appear in that month’s cover story.) Smith, who looks like he might be a former Olympian, greets me once I enter the foyer to the Sensory demonstration room.

“There is nothing to say until you experience the Gateway,” he tells me in his mild Russian accent. “This is nearly 20 years in the making and you are the first one outside of our technicians to try it. I think it’s going to blow your mind.” The whole ordeal is somewhat surreal.

Once I sign the release form and am prepped for the experience, which feels something like getting ready for an intricate spa treatment, I’m led to the laboratory-like demonstration area. The room is about 12-cubic feet and walled with opaque reflective surfaces, with a simple contoured seating surface that looks something like a modernist dentist bucket seat protruding from the floor.

The technician asks me to open my mouth and gives me three sprays of a cool, mint-flavored liquid, which he had already explained is a diluted mixture of salvia divinorum, an herbal supplement used to release psychosomatic tension. “Have fun,” the technician says with a grin before exiting the demonstration area.

A pair of sleek over-ear wireless headphones and a pair of clear eyewear then lowers from the ceiling on a small platform. I put them on, as I had already been instructed to do, sit back in the modernist dentist bucket seat, and try to relax.

“We will now activate the roller coaster sequence,” the technician’s voice comes softly through the headphones. My seat leans back and I feel a cool breeze on my face. I blink and then find myself on a roller coaster, but not just any roller coaster. It’s foreign and futuristic, and the complex track before me ascends well into the virtual clouds.

Now, I’ve tested those simplistic roller coaster demos on most VR headsets—and this is nothing like that. I feel the seat rumbling beneath me, I hear amusement park sounds roaring below, I smell fresh air and funnel cake, I feel a breeze on my skin as I climb into the atmosphere, and I taste the faint remnants of cotton candy on my tongue. Part of me starts to panic at the eerie realism, but then I feel the salvia divinorum set in and my brain comes to embrace the fantastic ascent.

My ears pop once or twice from the perceived altitude by the time I reach the initial precipice. I’m well into the virtual stratosphere, where a giant yellow moon takes up much of the evening sky. I reach out and feel as if I can almost touch it—and then I plunge practically straight down and my gut leaps into my throat. I can’t believe how real this feels, a sensation far from my mind as I twist through break-neck corkscrews, whirl up and down giant loop-the-loops, and speed in directions that seem impossible in the three physical dimensions known to man.

After the experience, I catch my breath, try to get my bearings, and remove the headphones and eyewear. Tears are running down my cheeks and I have to yawn several times to pop my ears. The technician then enters the demonstration room and leads me into what Smith calls the “decompression chamber,” a spa-like relaxation room, where he and a flute of Dom Pérignon are waiting for me.

“What did you think?” Smith asks.

“Like nothing you’ve ever experienced, except reality,” he quickly corrects me.

Smith goes on to describe the technology behind the Sensory Gateway—available for pre-order this fall—which entails not just the headphones, eyewear, and modernist dentist bucket seat, but also the entire surrounding tech-filled smart room. (This helps explain the system’s half-million-dollar price tag.) The chair is motion-activated and fully articulating; the headphones use neodymium magnets, copper coils, and electrical signals to push air much like regular audio headphones do, but with precise timing and pressure sensitivities to manipulate the inner ear’s balance regulators; and the smart eyewear works in conjunction with the surrounding walls to cast 360-degree 16K infrared video signals to the lenses. Furthermore, the wall screens are finely perforated, allowing the programmed mechanisms behind them to release as many as 10 million air bursts and any multitude of scented mists into the room (activating both smell and taste) and to instantaneously adjust the room’s barometric pressure.

The resulting experience is not just realistic; it’s beyond reality. And while my brain takes about 15 minutes (and a glass of champagne) to readjust, I quickly find myself wondering what other virtual realities Valentine Michael Smith and his Sensory Gateway have to offer.

“That was just the beginning,” he tells me. “We have several more sequences prepared for you. Ready when you are.” (sensorygateway.com)