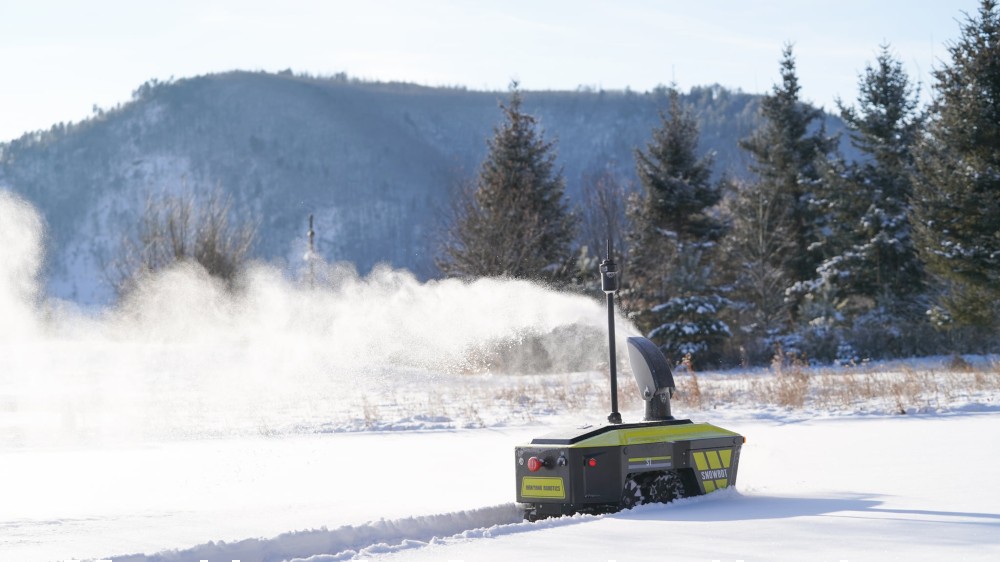 It can be magical to wake up and discover it snowed all night. That is, until you have to find your shovel and clear a pathway to your driveway.

Luckily, thanks to Hanyang Robotics you may never have to do the arduous task again. That’s because the company has just introduced Snowbot S1, an autonomous snowblower that can clear a path through up to 12 inches of snow so you don’t have to.

The Snowbot S1 works like any other snowblower with one key (and extremely appealing) difference—you don’t have to push it. Instead, all you need to do is set up three beacons and a receiving terminal around the area that needs to be cleared and then use the companion smartphone app to set the machine on its way. The robot is able to clear up to 1.3 feet of snow per second with its hard rubber auger and can operate for an hour and a half on a single charge, allowing it to clear up to 1,500 square feet of snow. It’s also equipped with a LIDAR sensor to help it avoid obstacles and it throws snow up to 12 feet away so you don’t have to worry about it accidentally covering the area it just cleared.

That may sound too good to be true, but Hanyang Robotics has shared video of the robot in action. In the clip, you can see that, despite the machine’s relatively compact size, it can cut through the snow with ease. Or at least with a lot more ease than it would take you to accomplish the same task.

If you live in an area where snow drifts are just part of winter, it’s hard not to be intrigued by  Snowbot S1, even if it will cost $3,599 when it launches next fall. You won’t have to wait until then to get your hands on the snowblower, though. The company is currently accepting applications for beta testers right now. And with winter now officially upon us, we’d sign up sooner than later.