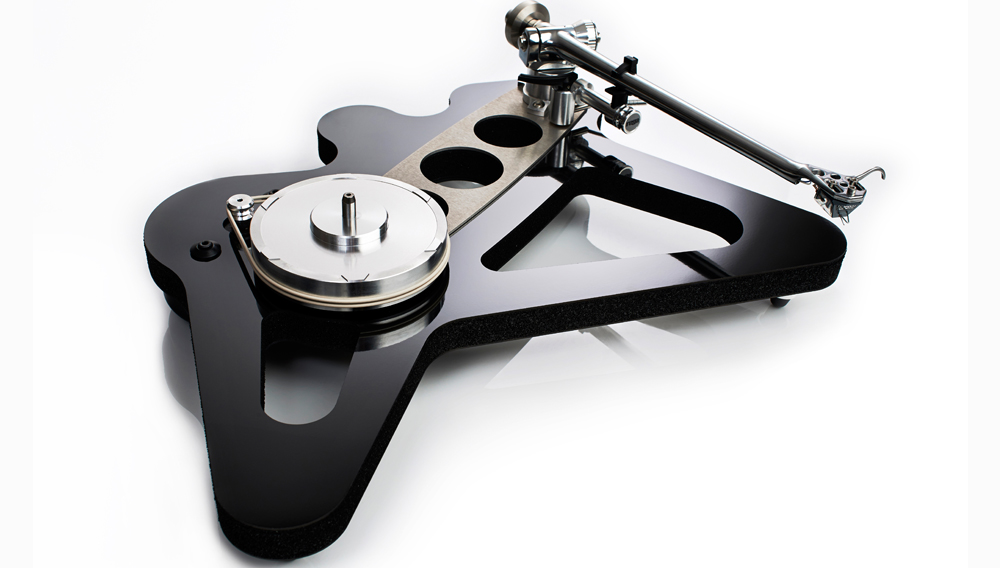 Several years ago, Roy Gandy, founder of Rega Research—a U.K. manufacturer of hi-fi audio equipment best known for its turntables and tonearms—invited a group of industry journalists to his home to see his product-development sanctuary. Sitting beside the then-flagship P9 turntable on a standard-issue Rega platform was something considerably different from the design of the company’s turntables at the time.

The top-of-the-line Rega RB1000 tonearm was in place on the mystery turntable, but nothing else about it was familiar. This carbon-fiber plinth had a somewhat skeletal design that had more in common with a Formula 1 car than any turntable Rega (or anyone at the time) had produced. (In fact, in a former life, Gandy was a mechanical engineer for Ford in the United Kingdom.) Everyone present at the Gandy residence that day was spellbound by the increased musical detail that this technology-statement turntable revealed. With his trademark twinkle, Gandy made it clear that the turntable was “just a design exercise, and [might] never even make it to market.”

Last year, Rega introduced a version this turntable sans some of the high-tech tweaks that are now available fully realized in the RP10, complete with a variation on the ceramic-composite platter theme that made the P9 famous. The RP10 began shipping earlier this year for $6,495, which includes Rega’s new RB2000 flagship tonearm and Apheta moving-coil cartridge preinstalled.

While the RP10’s skeletal plinth is revolutionary, it stays true to one of Rega’s core design beliefs: that mass is detrimental to retrieving all of the delicate sound lurking in the grooves of a vinyl record. Those wanting a more traditional design can use the outer plinth, which has a standard, hinged polystyrene dust cover and rectangular base. Both the skeletal and standard plinths are fully decoupled from the platter so that they do not detract from the RP10’s ability to provide clear and nuanced analog playback. (www.rega.co.uk; available in the United States through the Sound Organisation, www.soundorg.com)