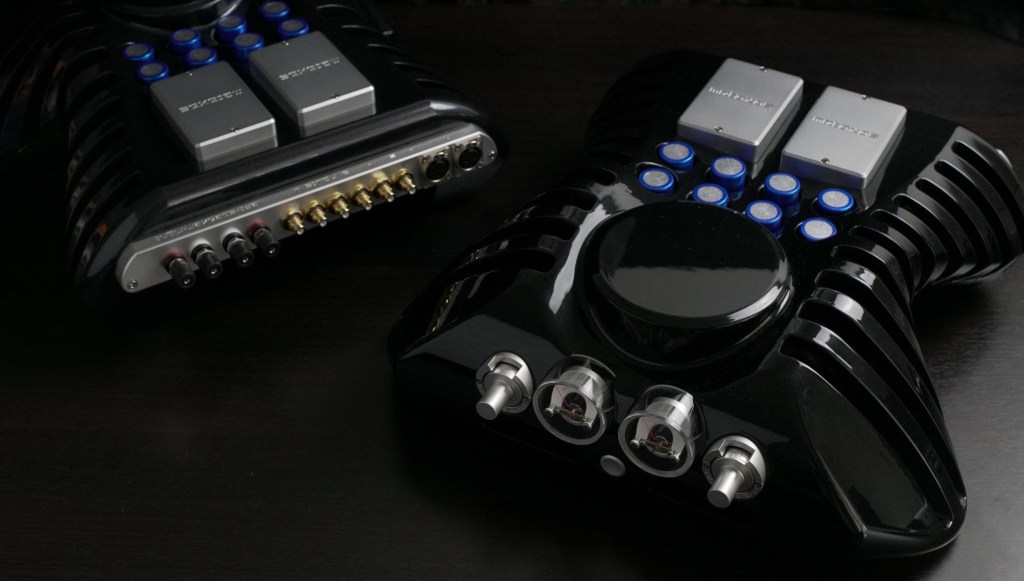 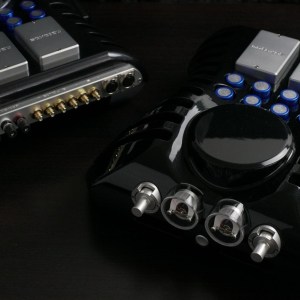 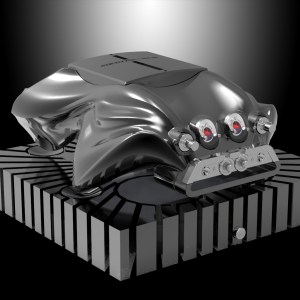 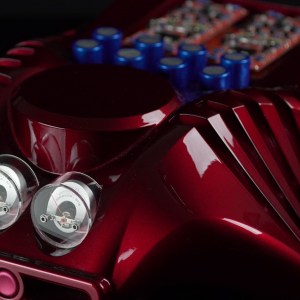 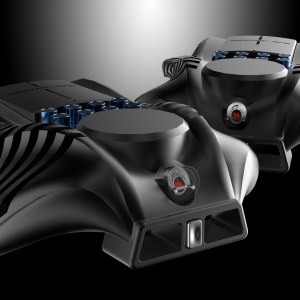 After over 35 years of work in the field of high-end audio, from the design and manufacturing of entire playback systems to the recording of over 300 acoustic concerts to gain further musical insights, the last thing that artist-designer Kostas Metaxas wanted to produce was “another box with transistors on a heatsink.”

Metaxas was dreaming of the most spectacular architecture, design and sculpture he had experienced and wanted to bring that emotional intensity, daring and seductive beauty to an audio amplifier.

As a recording engineer, Metaxas also wanted to “voice it” for extremely realistic recording playback, to be able to easily reproduce all the nuance and emotion of a musical performance.

His new 2016 collection is the result. Machined from a solid block of either aircraft aluminum, copper or titanium, it’s totally bespoke and the modular electronics make it future-proof. Even the circuit boards can be CNC machined from 1mm solid silver coated clear polystyrene.

From the sensual, organic and striking casework (inspired by the stunning work in sports cars of the 1950’s and 60’s of Ercole Spada, as well as the architecture of Hadid, Gehry and Calatrava) to absolutely every part of the amplifier including the circuit, topology, layout and casework, everything has been developed by Kostas Metaxas. It is the logical evolution of his groundbreaking design concepts pioneered in the early 1980s.

Then, in true “Bugatti fashion,” each and every amplifier is assembled by the master or his sons — either Andreas or Alessandros Metaxas.

US Distributor Brian Ackerman commented upon his first hearing, “It’s like standing on top of a Swiss mountain and looking at the clearest view of the stars — without the typical electronic haze or smear of normal amplifiers.”

According to a recent review in the March 2016 Edition of the French Hi End Audio magazine VUMETRE, Pierre Fontaine and Laurent Thorin make the following observations of the IKARUS: “At the time of publishing, the pure sonic potential of this machine is absolutely incredible. It is unsurpassed by any other device in the market and there is nothing like it. The most impressive part, without contest, of the Ikarus is the speed and transparency of the sound. It carries a lightness so inexplicably powerful. The Ikarus has no match when it comes to capturing sound. ”

For the first time in the USA, you will be able to experience the IKARUS amplifier for yourself at the Newport Hi Fi Show, June 3 to 5, Room 244.

Meet Mr. Kostas Metaxas, an award winning artist and audio designer, electrical and recording engineer, Magazine Editor/Publisher and a Filmmaker/Broadcast Producer who covers fashion, design, gastronomy and the arts with over 1000 documentary interviews and two awarded feature films [exero.com] to his credit.

Drawn to the shapes and textures of old master painters and sculpture since he was a teenager, about the same time, he was introduced to Hi-End Hi Fi equipment and fell in love with the art of the reproduction of music. To him, art and design is “visual music”. Unable to afford expensive Hi Fi equipment, he taught himself electrical engineering and started producing, which turned into his first business.

Hungry for knowledge about art and design, Metaxas started a magazine so he could interview great artists and designers worldwide, learn from them, and feed his own creativity.

For Metaxas, designing feels euphoric. He enjoys working with materials – metal, glass, ceramic, plastic and subverting technology, like using dental techniques to create jewelry and watches. Both the traditional manufacturing methods and the latest software or their combination work great for him. He thinks of the big picture first, then the details and the best methods to create them.

He strongly believes in balance with a twist, in the fight between chaos and order, with a little intrigue thrown in. A bit of theatre, a bit of utility – there needs to be substance, it should be useful, it should also invoke experimenting and playfulness with infinite possibilities.

Some advice from Metaxas to young designers: “Research the breathtaking work of others, and wait until your idea exceeds that standard, otherwise it has no reason to exist. Do your absolute best. If you’re not motivated, don’t do it. Give life to an object which never existed before.”That’s what he’s doing, and he loves every moment of it.