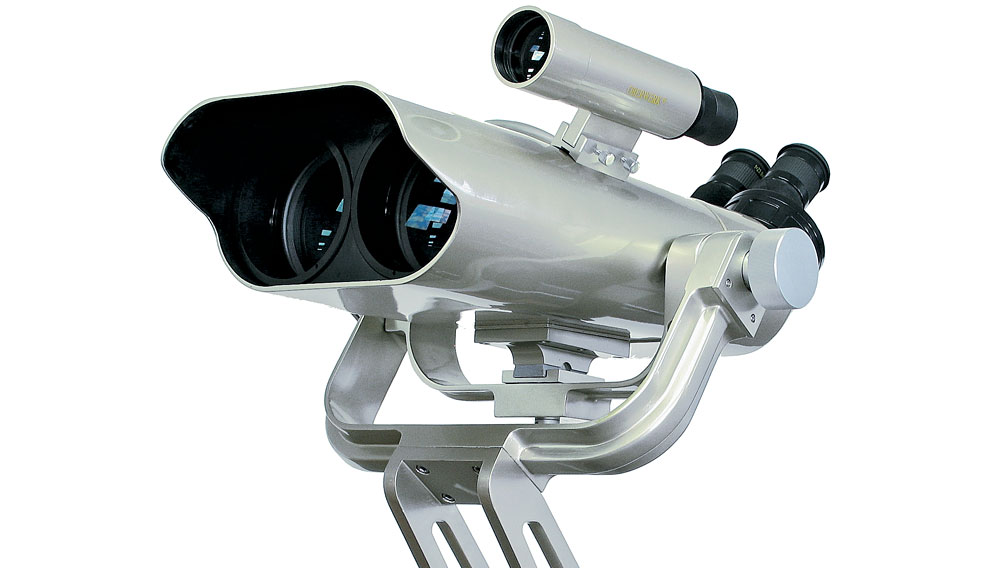 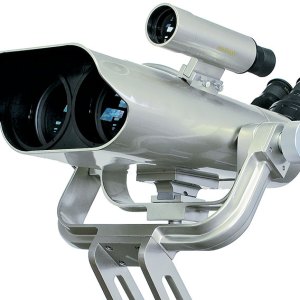 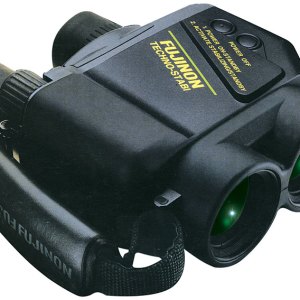 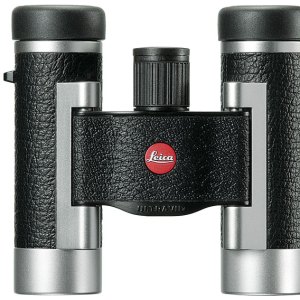 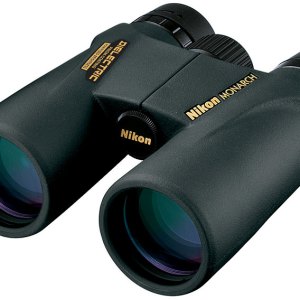 The optics industry has evolved to such an extent that devices now exist for every specialized purpose one can possibly imagine. Whether you’re looking for an up-close glimpse of a hummingbird’s wing or a detailed view of a distant celestial nebula, there is a set of binoculars that is up to the task.

But no matter what the size, the most important job that these magnifiers perform is not enlarging an image—though certainly that is key—but rather, letting light in and putting it to use. That is the essential purpose of a telescope, and binoculars are essentially two small telescopes joined together. “They work by focusing the light; they essentially make your eyes bigger,” says Zach Berta, a team member on Harvard University’s MEarth project, an endeavor dedicated to locating habitable planets transiting small stars.

Indeed, some of these products are suitable for the ultimate in observation: stargazing. “For an amateur, a binocular telescope can be a good, high-end way to get into astronomy,” says Berta. He lists two main issues when choosing any piece of magnifying optical equipment: aperture—the lens size or, with a reflecting telescope, mirror size—and good support. “If I had to choose between a bigger aperture and more magnification, I’d want the bigger aperture every time. The more light, the fainter the [objects] you can see, and the prettier the nebulas and galaxies will look.” Berta also stresses the importance of a stable mount. “Otherwise, you’ll just see stars jittering all over the place.”

Joshua Bruz, an optical specialist at Hayneedle Inc. (www.hayneedle.com), echoes the astronomer’s argument that high magnification isn’t necessarily better. “Lower magnification makes the viewing easier,” he says, especially when it comes to marine binoculars, when motion can make it difficult to maintain focus on the image. For standard 7×50 binoculars, Bruz says that most of the high-end models are sealed and shockproof.

As for those numbers, such as 7×50, the first is the strength of the magnification (7 means an object will appear seven times closer) and the second is the size of the diameter of the objective lens, in millimeters. Fifty millimeters is quite a large size for binoculars, though that size allows in enough light to be useful at dusk or dawn. Another feature to look for in top-quality optics is full multicoating on all lenses. A pair of multicoated binoculars assures that all air-to-glass surfaces have multiple layers of coating, which helps to eliminate glare.

With all of that in mind, the binoculars shown on the following pages offer a wide variety of uses and represent a good selection of options for those looking to purchase a new pair.

The new Silverline range by Leica (us.leica-camera.com) includes a compact version that fits in a pocket or nestles in a leather carrying case. The 8×20 Silverline model shown here ($899) is the most compact pair in Leica’s crème de la crème range; it also comes in a 10×25 version ($949). With a sturdy but lightweight housing of titanium and leather, the binoculars weigh just eight ounces. The optical components in Silverline binoculars are comparable to those used in Leica’s Ultravid high-performance models, and even the miniature versions are constructed with such features as multi-lens coating for enhanced clarity and spherical lenses, which maintain sharpness to the edge of the viewing field. They are nitrogen-filled to prevent fogging, waterproof to depths of 16.5 feet, and feature eyepieces that are designed to be comfortable with or without eyeglasses

Only when you’re rocking over ocean swells or aboard a small plane or helicopter does the importance of a distinct set of marine binoculars hit home. Fujinon (www.fujinonbinos.com) offers image-stabilizing binoculars with piezo-vibration and gyro-positioning sensors that are linked to direct-drive motors, all of which means the device enables the user to lock onto an image even if both the subject and the viewer are in motion. One such example, the Techno-Stabi 14×40 ($2,000), is both fogproof and 100 percent waterproof. In addition, the Pelican case has a foam flotation strap, which comes in handy should those ocean swells unexpectedly leave you empty-handed.

The Oberwerk Corp. (www.giantbinoculars.com), headquartered in Dayton, Ohio, produces a full range of high-end binoculars and binocular telescopes that incorporate top-of-the-line BAK4 prisms, which help maintain clarity across the entire field of view. They also feature a broadband multicoating on all of the lens elements, which makes for the most efficient passage of light.

One of the advantages of binocular telescopes is the comfort of using both eyes, which can translate to a less distorted image. “You get more depth because you have two eyepieces,” says Helen McCarty, Oberwerk’s vice president of operations, adding that such an improved image applies to both astronomical and terrestrial applications. “The colors pop.” For the latest version of Oberwerk’s 100 mm binocular telescope, the company built in 45-degree oculars, which help to avoid a stiff neck that often comes with looking up at the stars. The BT-100 45 ($2,195) includes a 7×50 finder, an aluminum case, a fork mount, a tripod, and 25x oculars (50x and 75x eyepieces are available separately). To put those magnifications into perspective, McCarty says that with 40x eyepieces, “You can read a license plate at three miles away.

Oberwerk’s binocular telescopes also appeal to homeowners with vistas. Intriguingly, McCarty says that many customers who purchase the BT-100 are public servants. “It’s big with politicians,” she says. “They must live in homes with great views.”

When John Dean, developer of SkyHawk binoculars (www.skyhawkoptics.com), entered the business eight years ago, he did so intending to target coastal homeowners, like himself. Dean, who lives in Southern California, has a coastal view, but lives a mile from the ocean. “We couldn’t see much,” he recalls. But once he rigged up the giant binoculars he devised, his piece of real estate became much more interesting. “You can see 10 to 15 miles out to sea. Not only can we look at ships, but we can now track whale migrations from our living room.”

Dean’s product, the SkyHawk 9600 ($1,895), includes the binoculars, a tripod, a wheel set, an aluminum case, and a lens-cleaning kit. It comes with 25x lenses, for a wide field of terrestrial viewing, and a set of 40x stargazing lenses.The binoculars appeal also to inland dwellers who live in the mountains and use them for wildlife watching or sky watching. Dean says his customers call the product a “guest magnet.” “It’s like a little party and you can’t get people away from it,” he says. “Once it’s set up, it’s hard to resist whenever you walk by it.”

Whether you’re a hunter or an observer, the Monarch ATB 10×42 from Nikon (www.nikonsportoptics.com) has you covered. The binoculars sport features that make them applicable for various outdoor uses, and their lightweight and slender design makes them easy to carry throughout the day. Equipped with a rugged, rubber-armored coating for a nonslip grip, these binoculars are waterproof, fogproof, and have the all-important, fully multicoated lenses for better vision in low light. The eyecups also incorporate multiple settings to easily accommodate eyeglasses. Models of the Monarch ATB are shown here in black ($300) and what Nikon calls Team Realtree ($320), a camouflage version created for hunting.