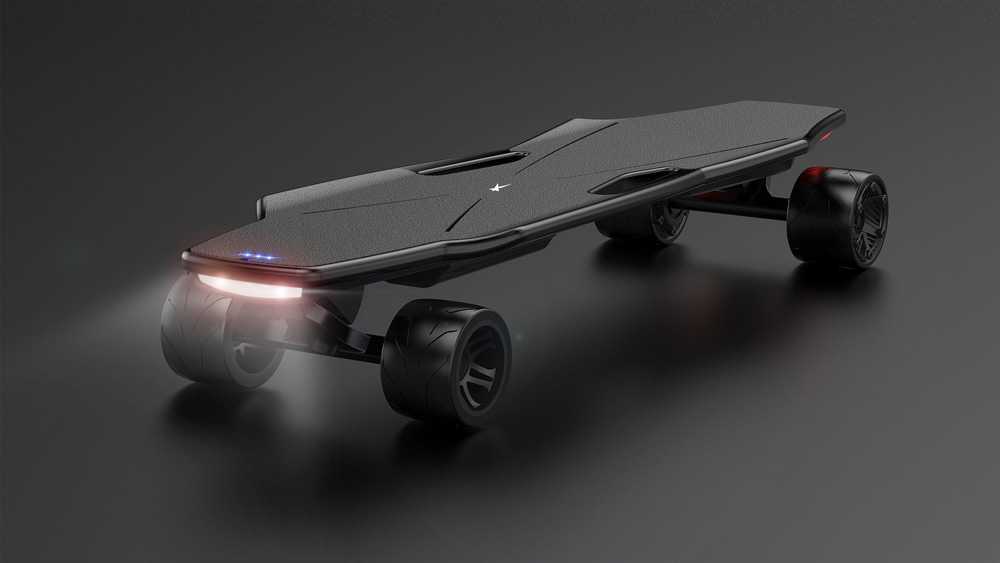 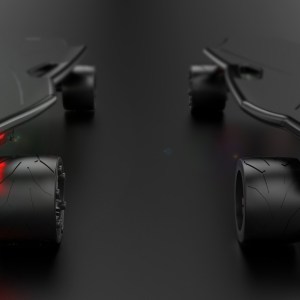 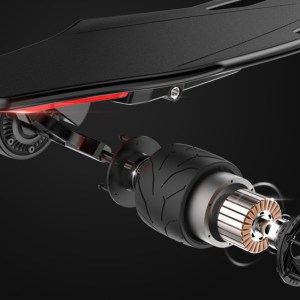 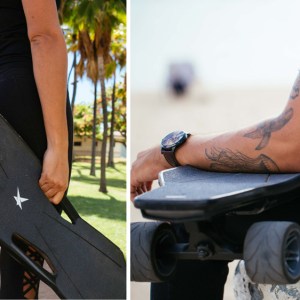 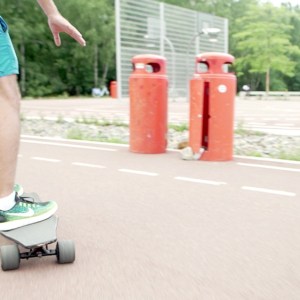 Though touted as the next big thing, hover boards and self-balancing skateboards never took off quite the way the media expected. Explosions and fires aside, one of the biggest hindrances to their success was the difficulty of actually riding the darn things. But startup StarkBoard hopes to change that with the debut of its eponymous electric skateboard, which the company claims anyone can learn to ride in about three minutes—and with its stealthy, matte black styling and glowing LED lights, they’ll look good doing it.

Unlike most electric skateboards that are piloted using a hand controller or by pressing on footpads on the board’s deck, the StarkBoard is controlled entirely by the rider’s movement—lean forward to accelerate, lean back to decelerate or go in reverse. And steer simply by tilting to the left or right. Starkboard figures all this out using multiple weight and motion sensors as well as a custom gyroscope.

Its motility is made manifest thanks to two electric hub motors in the rear wheel that are powerful enough to propel riders uphill on inclines as steep as 15 percent and reach a top speed of up to 20 mph. When your interest turns to slowing down, the intelligent braking system brings you to a stop quickly—even going downhill—and if you bail off of your board, it will bring it to a halt automatically for easy retrieval.

The board is powered by a lithium-ion battery pack that allows a range of up to 13 miles. For longer journeys, you can bring along a second battery and easily swap it in while on the go. Even if the battery runs out and you don’t have a backup, the StarkBoard can still be ridden like a normal longboard—meaning you’ll never end up stranded.

Priced from $1,000, deliveries of the first Starkboards will begin in December.