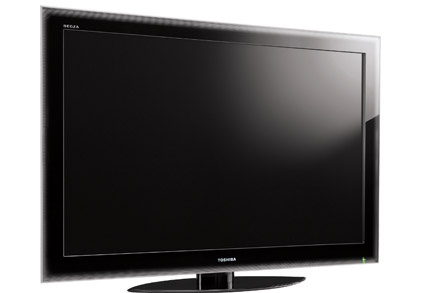 Toshiba’s Regza ZV650 series, launched this month, is the first TV line to feature Dolby Volume. Whether you’re watching a quiet drama set in 19th century England, or a boisterous reality show, Dolby Volume automatically adjusts the volume to a comfortable level. It comes in particularly handy late at night, when it can keep loud commercials from waking sleeping family members. The Regza ZV650 series includes three models: a 42-inch screen, a 55-inch set, and the 47-inch screen. (As of this writing, prices had yet to be determined.) Like other sets in the ZV650 series, the 47ZV650U features Toshiba’s ClearScan 240 technology, which increases the effective frame rate of the screen to 240 hertz—a change Toshiba (along with many other manufacturers) claims reduces blurring during fast on-screen action. Toshiba’s Full Deep Lagoon design scheme lends a sleek look, as do the concealed speakers. (800.631.3811, www.tacp.toshiba.com)