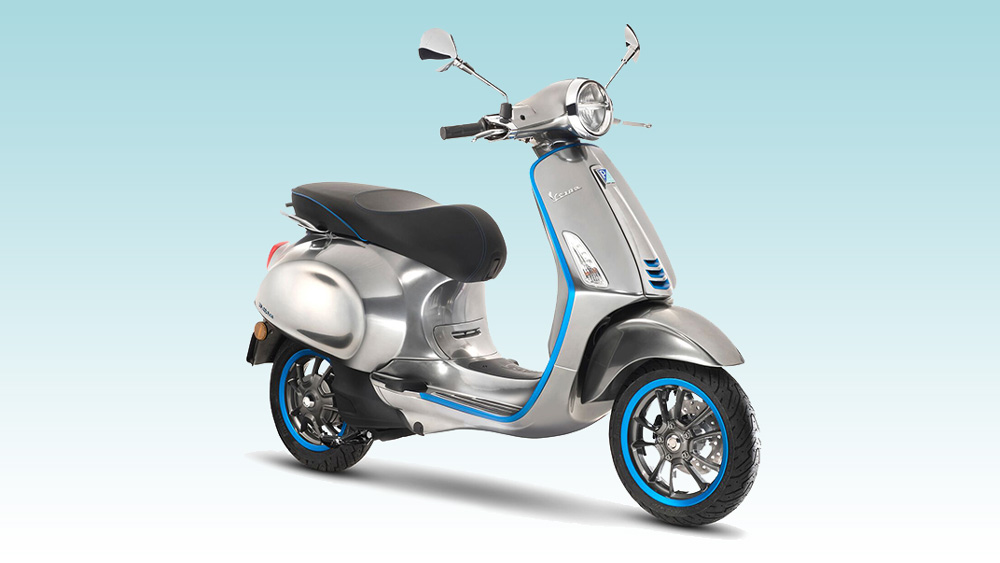 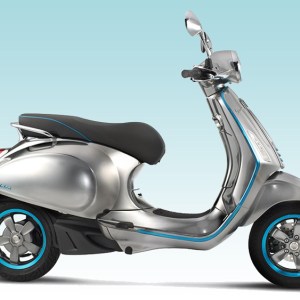 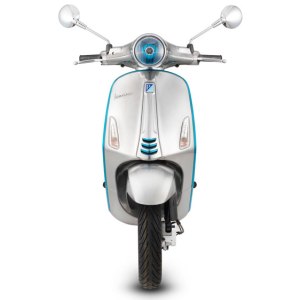 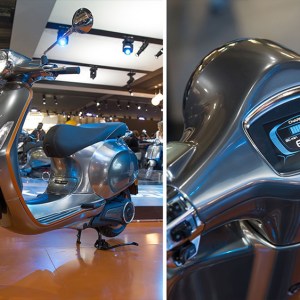 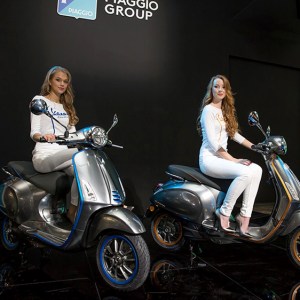 Seventy-one-year-old Italian scooter manufacturer Vespa—made famous in movies like Roman Holiday and Quadrophenia—announced that it was working on its very first all-electric model last year at the EICMA motorcycle show in Milan. At the same event this year, the company revealed more specific details and stats for the 2018 Vespa Elettrica and gave attendees their first up-close look at the bike.

Not only does the Vespa Elettrica fight typical air pollution as a zero emission vehicle, it also fights urban noise pollution by running almost completely silently. The zippy scooter utilizes an electric motor that produces 2 kW of continuous power and as much as 4 kW at peak output. Vespa claims that its performance will be similar to that of a traditional 50 cc scooter, although it should noticeably outperform these bikes in areas like acceleration, which will benefit from the instant torque delivered by electric motors.

The bike’s lithium-ion battery provides a guaranteed range of about 62 miles—more than enough for most city commutes—and can be topped off at a public charging station or via any wall outlet using the cable stored in the seat compartment. The battery is expected to be able to reach a full charge in about four hours. However, for those who want to travel even farther on their Elettrica (or are suffering from range anxiety), the scooter will also be available in an “X” version that will also include a gas generator that will continuously charge the battery while the Vespa is in operation. The company claims that this variation will have double the range of the base model.

The Elettrica will interface with the latest edition of the Vespa Multimedia Platform—a smartphone app that includes a virtual dashboard, navigation features, and a digital owners manual, among other features—and can be managed using the display in the center of the handlebars. It will be available in a chrome gray finish with detailing available in seven different colors. Pricing and an exact ship date for the scooter have not been announced, though Vespa has said that it will begin taking orders in spring of next year. It may not be a Karma Revero, but it may be just the thing to ease your commute.