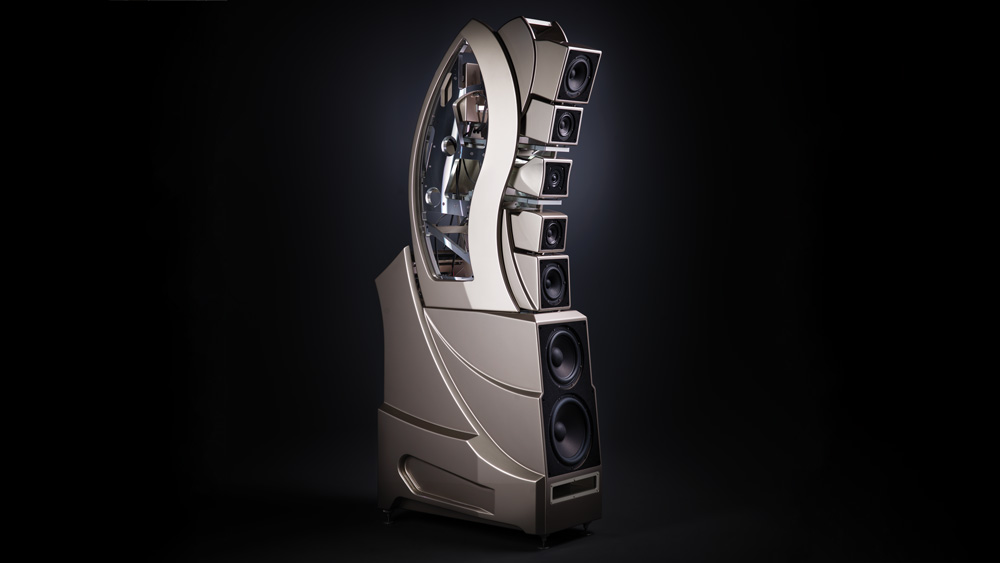 The loudspeaker big league has lots of players, but the company that all but invented the high-end speaker game is Wilson Audio, formed in 1974 by David Andrew Wilson, a recording engineer with a passion for accurate sound reproduction.

Today, the Utah-based manufacturer sets the record for sonic home runs with its $685,000 WAMM Master Chronosonic, descendant of Wilson’s original WAMM reference monitor—an unmovable monster that in 1980 cost an unimaginable $28,000. Back then, Dave needed a personal reference monitor for the road, one that delivered pinpoint detail and tonal accuracy with grand-scale dynamics and sound-stage, so he created the portable WATT. And while it was designed for his own use and not for sale, a few people heard it, word got out, and soon Wilson’s WATT, sitting atop a companion woofer he called Puppy, became the best-selling $10,000-plus loudspeaker in the history of audio.

By 2010, that speaker had evolved into the Wilson Sasha, recently released in a third generation called the Sasha DAW ($37,900 per pair), the initials honoring the firm’s founder, who passed away in 2018. Important to Wilson’s solid, authoritative sound are cabinets made of proprietary composites, formulated for the specific frequencies of the drivers they house. Cabinets are finished in automotive paint colors familiar to owners of Italian and German sports cars, for looks that complement such a solid sonic performance.