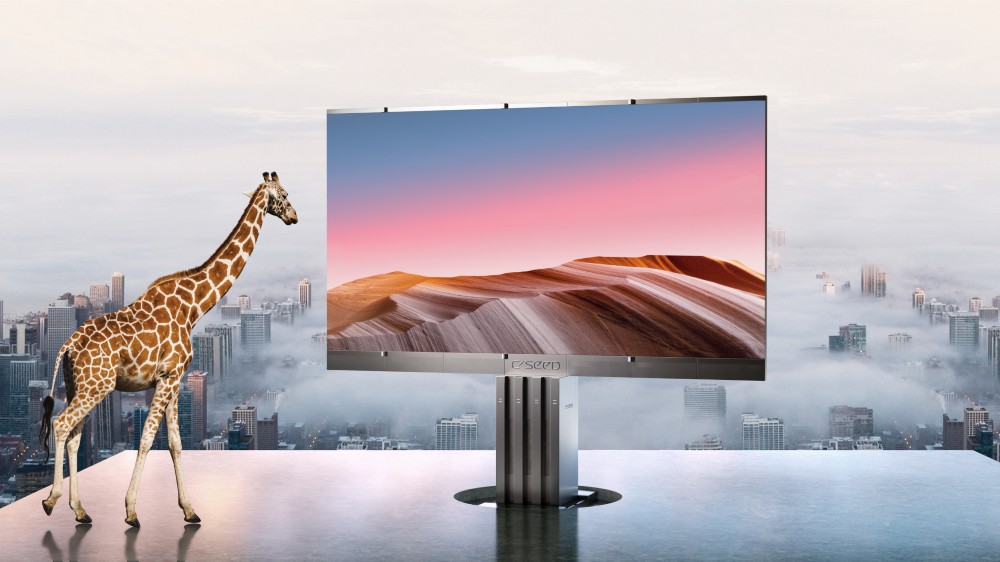 In the never-ending race to create the world’s biggest TV, a new outdoor model is set to stake its own claim to the title of “World’s Largest” next year.

Austrian electronics company C Seed has just unveiled its latest outdoor television, the 301, which will easily be largest on the market when it goes on sale next year. Made from a super light carbon fiber and titanium, the folding TV will measure a gargantuan 301 inches (just over 25 feet) diagonally.

But C Seed’s latest TV isn’t just big, it also promises to provide a crystal-clear image no mater the weather thanks to some extremely impressive specs. With a luminosity of 4,500 nits, a 4:500:1 contrast ratio and 48-bit color depth, you’ll be able to make out exactly what’s happening on the screen even direct sunlight. Its nearly four million LEDs process image data up to 100,000 times per second, allowing the 301 to display 281 trillion colors. The TV also has HDR technology, 4K video support and comes with a sound system of six broadband speakers and three subwoofers with total output power of 2,700 watts.

The C Seed 301 outdoor TV in the process of unfolding.  C Seed

As nice as those specs may be, what’s most eye-catching is how compact the TV is when its not in use. Activated with the push of a button, the unit takes just 25 seconds for the TV to emerge from its underground storage casing and unfold to its full height of 19 feet, then another 40 seconds for its seven LED panels to unfold and lock in place forming a seamless screen. Another push of the button and the TV folds up and submerges back into its case. It’s also relatively light for its size, weighing in at 3638 pounds, because of its carbon fiber and titanium construction.

The 301 won’t be C Seed’s first giant outdoor TV, the company already sells two that measure 201 and 144 inches diagonally, respectively. The newest TV, which will cost about $1.5 million, can be ordered now, with orders expected to ship the middle of next year.