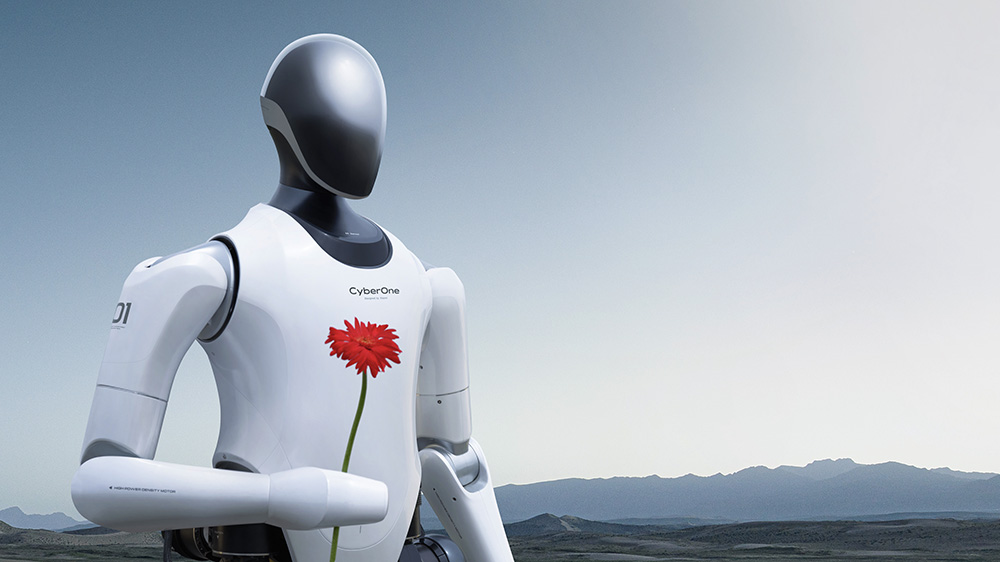 The era of mass-produced robots could be here sooner than you think.

Xiaomi CEO Lei Jun closed out the company’s big Mix Fold 2 smartphone unveiling on Thursday by inviting out a special guest that ended up stealing the show. That guest was CyberOne, the Chinese electronic giant’s first humanoid robot.

CyberOne is Xiaomi’s second robot in as many years. The first, which made its debut one year ago Wednesday, was CyberDog, an open-source quadruped. The company’s latest robot, which also goes by the name “Metal Bro,” stands five feet nine inches tall, weighs 115 pounds and maneuvers around on two legs. It’s powered by AI and takes in its surrounding via the curved LED panel that makes up its face and two microphones. This setup can see the world in 3D and is capable of recognizing 45 different human emotions. While nowhere near as agile as Boston Dynamics’s slightly terrifying Atlas, it can hold its own thanks to 21 degrees of freedom in a motion, according to the company. Just don’t ask it to run yet.

I was both nervous and thrilled to interact with him on stage. What did you think of his performance tonight? #CyberOne pic.twitter.com/Je1eXDYEGR

CyberOne is clearly still a work in progress, but there’s no denying that Thursday’s live demo was impressive. The robot walked out on stage at Jun’s beckoning, gave him a flower, then showed off some kung-fu poses for the appreciative audience. Then, just in case people forgot Xiaomi has a phone to sell, Jun and CyberOne used the ultra-thin Mix Fold 2 to take a selfie.

“With AI at its core and a full-size humanoid frame as its vessel, this is an exploration of possibilities of Xiaomi’s future technological ecosystem and a new breakthrough for the company,” Jun said in a statement following the event.

It remains to be seen whether CyberOne will ever go into production. If it did, Jun suggested that the robot would likely cost 600,000 to 700,000 yuan (about $89,000 to $104,000), according to Engadget. Whether or not you’re ever able to buy the CyberOne, it seems like it’s only a matter of time until people are buying humanoid robots for use around the home. Xiaomi certainly seems to be preparing for that, at least.