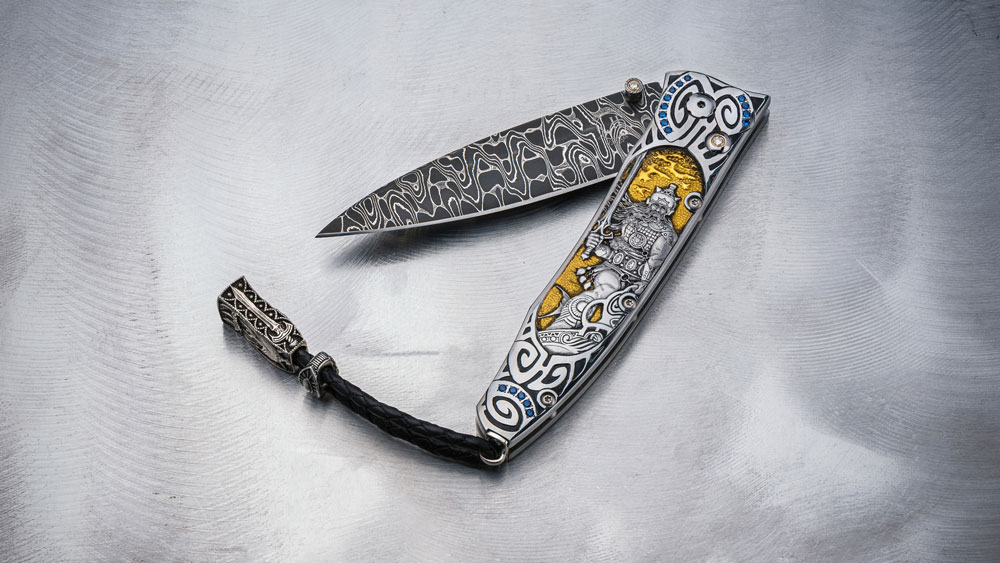 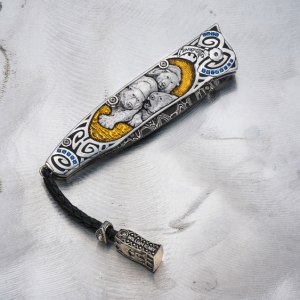 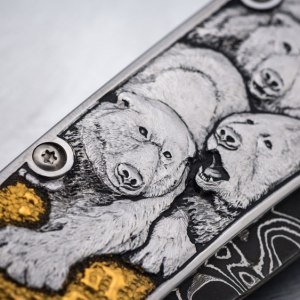 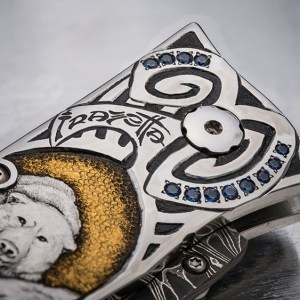 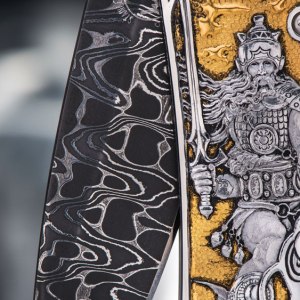 The late artist Frank Frazetta may not be a household name, but his influence is far reaching. A pioneer of fantasy art and one of its most famous practitioners, his paintings and drawings adorned the covers of books, comic books, and albums, as well as movie posters. His original pieces often fetch more than $10,000, and his 1966 painting “Sea Witch”—one of the most iconic works in his oeuvre—brought in more than $1 million at a Heritage Auctions sale last year.

In honor of the artist, Oregon-based men’s accessories brand William Henry—which made a name for itself creating exquisitely crafted pocketknives but later expanded into jewelry, writing instruments, cufflinks, and more—has introduced its new Silver Warrior collection ($175 to $1,250), inspired by the painting of the same name. The 1972 original work depicts a sword-wielding warrior atop a sled being pulled through a snowy landscape by a quartet of polar bears—imagery that is referenced throughout the collection, which comprises bracelets, pendants, necklaces, a ring, a miniature pocket knife, and even a key fob.

The standout piece of the collection, however, is a one-of-a-kind pocket knife called the Gentac Silver Warrior. Priced at $75,000, the folding pocket knife is hand-engraved with a depiction of the warrior on one side and the polar bears on the other. It is further engraved with intricate patterns similar to those on the warrior’s sled and accented with inlaid sapphires and 24-karat gold. A leather cord runs from the knife to a small, four-sided silver pendant that features engraved images of the warrior, his sword, a polar bear, and the company’s name.

Henry William’s artistry even extends to the blade of the knife, which is constructed from hand-forged stainless Damascus steel, a unique material used to make swords from about 300 B.C. until the 17th century—at which point the original process for making the metal was lost. The most notable feature of Damascus steel (aside from its strength and resistance to shattering) is its wonderfully distinct patterning, which resembles ripples in flowing water. The Gentac Silver Warrior’s Damascus blade is especially lovely, featuring an almost animal print–like pattern that pairs wonderfully with the design engraved into the handle.

The Gentac Silver Warrior pocket knife comes with a leather carrying case and a wood presentation box. It—along with the rest of the Collection—is available starting today. Just don’t try to take it on a flight; you wouldn’t want this baby going on the block at a TSA confiscated items auction.