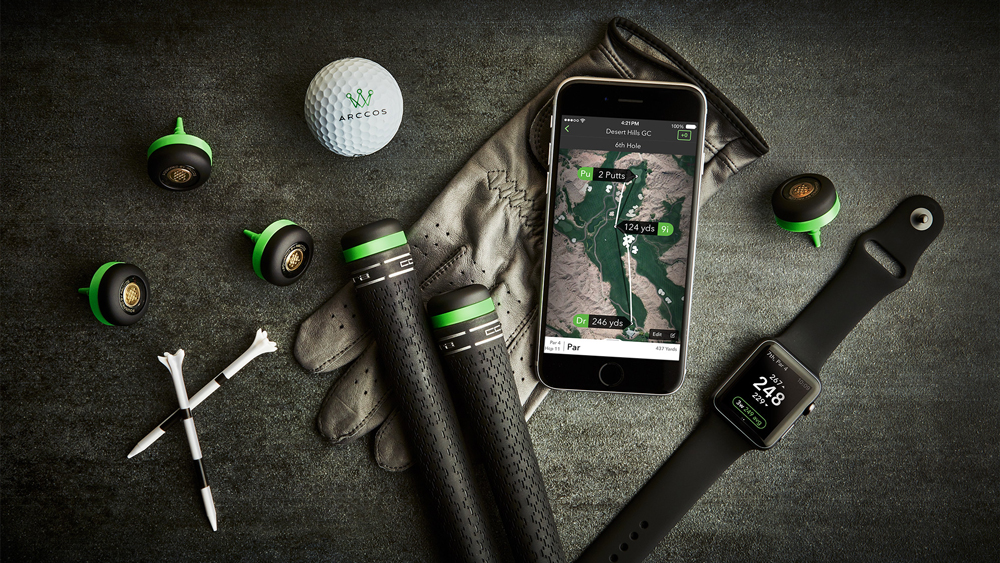 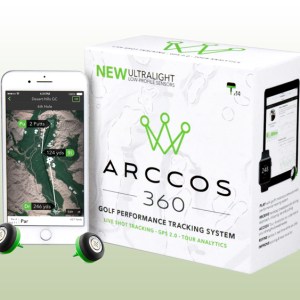 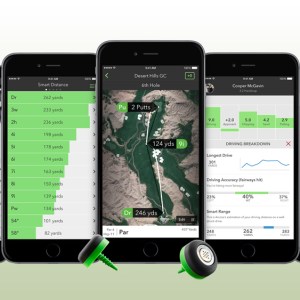 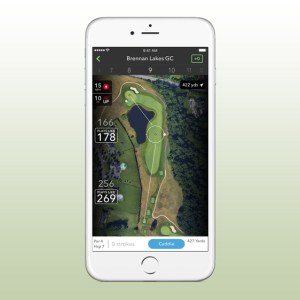 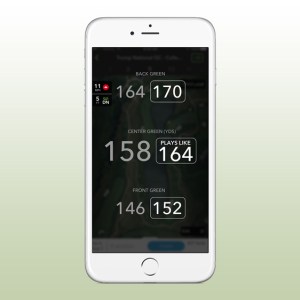 Golf is an adaptive sport—one that transforms according to the personality of the individual player. It can be played equally well by those who are scientific and technical in their approach and by those who rely more on feel; golfing artists who hit creative shots that others simply cannot see.

This adaptive ability also extends to technology. Some players embrace the latest digital accessories, while others prefer a golfing experience that is as tech-free as possible. Performance-tracking brand Arccos Golf occupies the sport’s technological forefront, but the company’s most comprehensive system—Arccos 360 ($250)—will appeal to players who want to immerse their games in digital analysis as well as those who want only a touch of technology-aided assistance.

The system features lightweight digital sensors that screw into the grips of each club and utilizes a smartphone app that can access hole-by-hole layouts for more than 40,000 courses around the world. After downloading the course that they’re about to play and starting a score-keeping round through the app, golfers need only to keep their phones in their front pockets. The system uses the phone’s GPS to track a golfer’s position on the course, and it automatically interfaces with the sensors at the top of each club to register a shot when it is hit. Occasionally, shots fail to register, which means a player must manually add them. Doing so is fairly straightforward, but unless a golfer wants to manually add any unregistered shots at the end of the round, he or she must keep tabs on the app after each hole.

Similarly, the system automatically places hole locations at the center of the green by default. To log the most precise measurements and analytics, users will need to manually set each hole’s pin location throughout the round—a drawback for those who would prefer to disregard their phones while they play.

The system allows players to easily delve into and analyze a number of statistics, including the percentages of fairways and greens hit in regulation (and in what direction they’re missed and how often). But the most obvious benefit that players receive is an accurate measurement of the distances they hit with each club, including “smart” distances and ranges based on all recorded shots with each club.

The system also evaluates a golfer’s overall game and provides handicap-number assessments for driving, approach shots, chipping, bunker play, and putting. This allows players to easily see what phase of their game is the strongest and the weakest from round to round.

“Golfers have a cognitive bias as to how far they hit their clubs,” says Sal Syed, CEO of Arccos Golf. “They feel like they’re better golfers than they are. Knowing club distances and knowing your strengths and weaknesses helps you to prioritize your practice time and your decision to take a lesson or buy new equipment.”

Keep in mind that Arccos 360 measures the total distance of a shot. Golfers will still need to spend time in a simulator or use other swing-analysis tools to measure and track the carry distances that they hit with each of their clubs.

The Arccos 360 system also allows users to access Arcoss Caddie, an artificial intelligence–driven shot recommendation system that takes into consideration a golfer’s previous shots and factors in real-time weather conditions and course elevation changes. “During the first 400 years of golf, every round was played with a caddie,” says Syed, “but caddies disappeared [from the recreational game] in the last 100 years. We’re bringing that aspect back.”

According to Syed, Arccos Golf releases new software updates for the app every few weeks—sometimes more frequently if critical improvements need to be made. However, non-software problems persist. For instance, users can currently manually add shots only with clubs that are paired with a sensor, but sensors cannot be screwed into putters that are equipped with counter-balancing weights in their grips. This prevents those golfers from recording accurate scores using the app.

The system is not for everyone, as some will encounter equipment roadblocks like the aforementioned example, while others may find that the system draws them into their phones and off of the course. Those who embrace it will find that Arccos 360 not only offers in-depth statistical analysis of their games, but through its dashboard, the system allows golfers to extend the enjoyment from a round. “Golf is a passion activity,” says Syed. “We golf because we love it. If you can relive your round in a digital way, it still brings back cool memories—a good shot that you might have hit or a funny moment. We can help golfers relive their games again and again.”