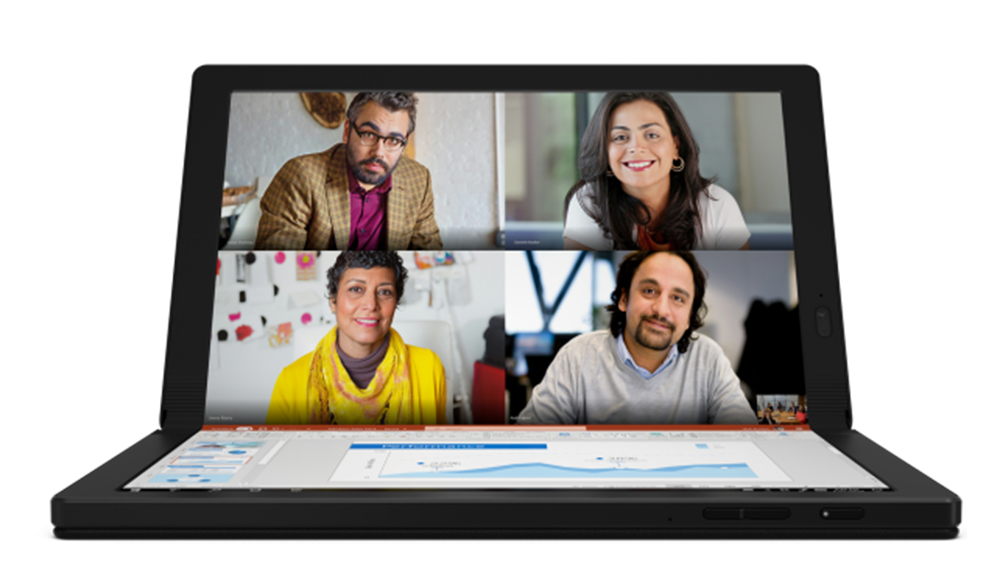 Foldable phones were all the rage last year, but 2020 has bigger ambitions apparently. There us now a newer, bigger device that can be bent without breaking—and it’s a tablet PC. That’s because Lenovo just unveiled the world’s very first foldable PC, the ThinkPad X1 Fold.

Making its official debut at the Consumer Electronics Show in Las Vegas on Monday, the fully functional tablet computer features a 13.3-inch 4:3 OLED screen that can be bent in half so that it’s the same size as a hardcover novel, according to the computer company. While the screen features a discernible crease down the middle like the Samsung Galaxy Fold before it, early reports suggest it’s nowhere near as distracting as it was on the pioneering smartphone.

While the foldable screen features a chunky bezel by today’s standards, it also appears to be a real beauty, with a resolution of 2048 x 1536 pixels, the same as a crystal-clear 9.7-inch iPad’s Retina display. Lenovo says that the hinged screen was built by LG Display and is the result of a four-year collaboration between the two companies. Lenovo also said that, even though the computer was in prototype stage as recently as a year ago, the company has the utmost confidence in the display’s durability.

You’ll be able to use X1 Fold one of three ways: folded in half as a mini laptop, fully unfolded and propped up with the built-in kickstand and as a tablet. Regardless of how you choose to use the computer, you’ll be able to type directly on the screen or with the optional Bluetooth Mini Fold Keyboard. The wireless keyboard can also be secured to the bottom half of the screen with magnets when its used in mini-laptop mode.

The computer will run on a custom-version of Windows 10 Pro that has been modded to adapt to the device’s folding screen capabilities. A version featuring Window 10X, an OS specifically designed for folding and dual-screen devices, will follow at a later date.

The ThinkPad X1 Fold will cost $2,499 when it goes on sale later this year. The wireless keyboard and a stylus pen are expected to cost extra.