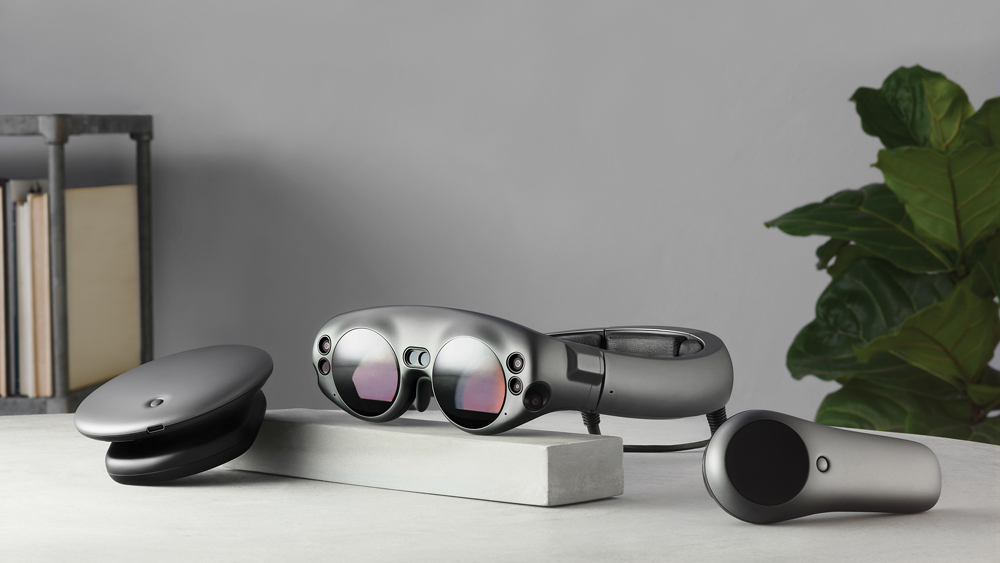 The movie and book Ready Player One predicts that in the year 2045, humans will spend most of their time in computer-generated worlds created through virtual-reality headsets. But Florida firm Magic Leap has just introduced a headset that makes those in fiction seem as dated as flip phones.

The Magic Leap One headset creates what’s called “mixed reality.” Instead of blocking the user’s eyes and ears, as virtual-reality systems do, mixed-reality systems augment real-world surroundings with superimposed 3-D computer graphics and sound. Because these headsets include cameras and microphones that map the user’s surroundings, computer-generated images can interact with those surroundings, just as a real person or object would.

Mixed reality opens all sorts of creative possibilities. A game player could battle virtual villains right at home—complete with bad guys tripping over furniture and hiding behind walls.

For now, though, practical application of the technology is more possibility than reality. A few games and demonstration programs have been produced, but the intent is that early adopters will create their own experiences. For this reason, the current version of the headset is called the Creator Edition and will be sold primarily to creative professionals.

Part of the magic of the system is that it’s fully portable, unlike VR headsets that tether the user to a computer. The $2,295 package comprises a lightweight headset, a small electronics pack that clips to a belt or shoulder strap, and a handheld controller. Audio is built into the headset as well, becoming as much a part of the experience as the visuals; you don’t need to turn your head to know there’s a monster sneaking up on you, you’ll hear it coming. Technically, you could stroll the streets wearing it—provided you’re comfortable walking around in something that looks like a Star Wars prop. Perhaps by 2045 it will be in vogue. Brent Butterworth