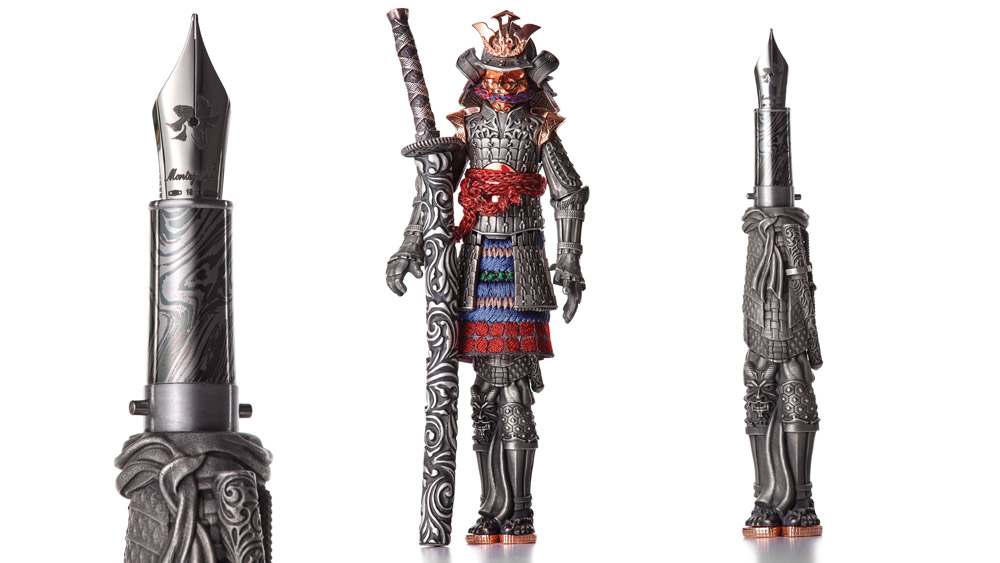 Few brands embrace the role of writing instrument as objet d’art as gleefully as the Italian pen manufacturer Montegrappa. In fact, its new limited-edition Samurai is more sculpture than pen. “I was really intrigued by the details you have on the armors,” recalls Giuseppe Aquila, Montegrappa’s CEO. “So I thought this would be the perfect subject. But at the same time, we wanted to do something new.”

The sterling-silver pen is essentially a miniature reproduction of a full set of samurai armor—think painstaking historical reproduction meets poseable action figure. Montegrappa, a pioneer of lost-wax casting in pen decoration, used a modernized version of the technique to create the Samurai’s exceptionally detailed silver components, from the hinged arms and kusazuri skirt to the rose-gold-plated face mask. The use of cloth is also a first for the brand, but fortunately, as an Italian company, Montegrappa had a plethora of stellar textile manufacturers to choose from right in its own backyard. However, the fabrics that were ultimately sourced had to be beautiful but also resistant to ink stains.

A twist of the figurine’s legs unlocks the writing instrument itself—a piston-filled fountain pen with an 18-karat-gold nib. When the pen is in use, the rest of the samurai can be stored upright on an included display stand. Along with the stand, the samurai also comes with a miniature katana that, when unsheathed from its scabbard, can be used as a letter opener. As one would expect from a Montegrappa limited edition, the pen comes in a beautiful black-lacquer display case with the original Chinese character for samurai.

Set for release in September, the sterling-silver edition ($15,000) is limited to 177 examples, though Montegrappa is also creating seven Samurai in solid gold (price upon request)—but as we know from Kurosawa’s films, they won’t be around long.