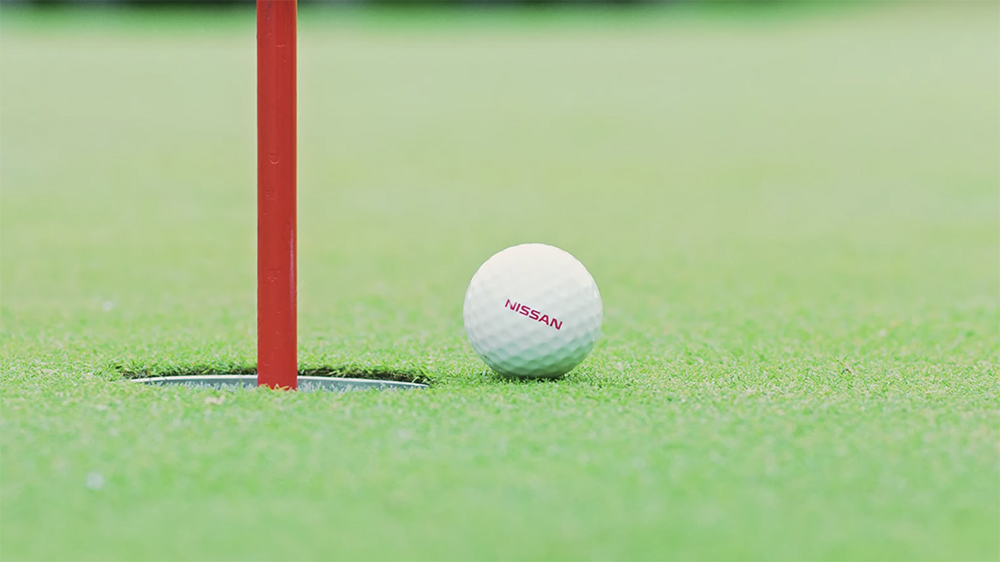 “Tap, tap, tap it in.” Happy Gilmore made it sound simple enough, but putting can prove to be the Achilles heel for even the best golfers. Well, not anymore. Nissan has just unveiled a high-tech golf ball that promises to deliver a hole-in-one every time.

On Tuesday, the Japanese marque released a video of the ProPilot golf ball in action, showing a 4-year-old hitting the ball way off course before it changes its path and directs itself right into the hole. Apparently, no matter how bad your swing, this ball will ensure a perfect putt.

How does it work? Nissan utilizes an overhead external camera to detect the position of the ball and cup. When the ball—which has a built-in electric motor—is struck, a monitoring system and sensing technology calculates the correct path and adjusts its trajectory. The golf ball stays on the correct route until dropping into the hole, according to the automaker.

Unfortunately for the putting-challenged among us, the golf ball is just a concept (read: marketing play) employed to promote Nissan’s upgraded ProPilot driver assistance system, which will debut in the new Skyline sedan this fall in Japan. The golf ball, like the self-parking slipper and self-driving chairs that the marque previously released, is meant to give driver’s a better sense of how the autonomous driving system will work.

The Skyline—sold in the U.S. as the Infiniti Q50—will come equipped with the improved ProPilot 2.0 system, which offers “hands-off” driving on highways as well as guidance to the desired highway exit. As with other self-driving systems—like Tesla’s Autopilot and Cadillac’s Super Cruise—ProPilot uses an array of sensors to function. The system features a combination of radar, sonar and cameras to “see” its surroundings, as well as GPS and 3-D map data to navigate. It can tell the driver when it thinks passing a slower car is a good idea and calculate the best route—not unlike that responsive golf ball. The system has not yet been announced for North America.

As for golfing, if you’re keen to experience the no-miss swing, Nissan is holding demonstrations of the ProPilot golf balls at its headquarters in Yokohama from Thursday, August 29 to Sunday, September 1.