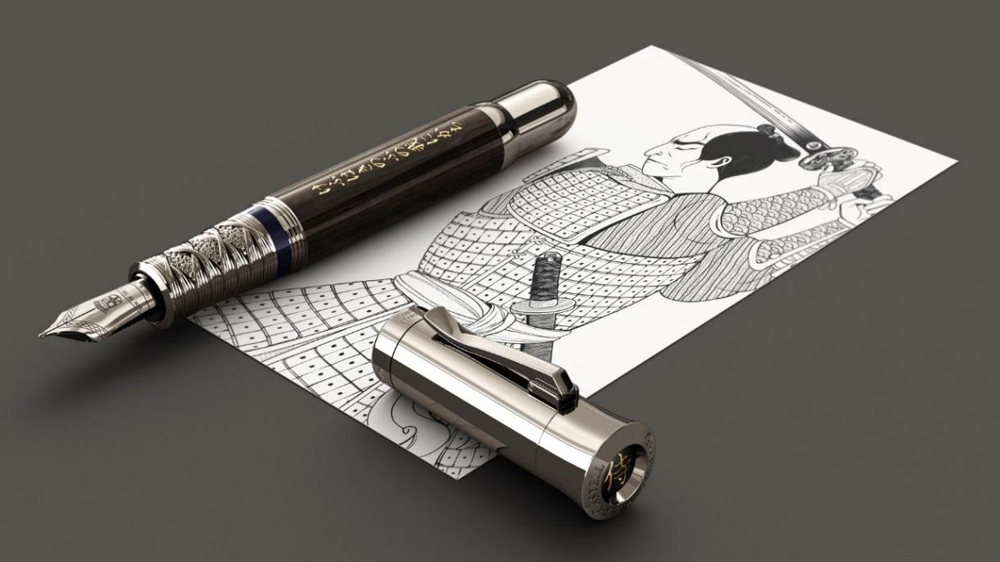 Like clockwork, the dawning of a new year means we get to see what the artisans at German writing instruments manufacturer Graf von Faber-Castell have been working on for their newest entry in the Pen of the Year collection. For the past 16 years (with a one-year break in 2013), the brand has released limited edition pens themed around a specific, unusual material (think mammoth ivory and petrified wood) or a topic with historical significance, like Catherine Palace in St. Petersburg or the Vikings.

This year, the company has selected the Japanese samurai warrior as its subject matter, releasing two variants of the new design (the Samurai seem to be a popular theme for pen makers lately). The standard Samurai pen features a dark magnolia wood barrel marked with an engraving of the quote “Today I win against myself of yesterday,” in 24-karat gold–varnished Japanese characters. The quote comes from legendary samurai Miyamoto Musashi, who is also responsible for inventing the character for tsuba—the hand guard of a katana—which appears on the end of the cap. The grip of the barrel is coated with ruthenium (as are all of the metal parts) and is decorated with inlays that emulate the stingray leather grips also found on katanas.

A more exclusive version of the pen, the Samurai Black Edition has a black PVD-coated metal barrel with an engraved 24-karat gold-plated pattern running its length. It too features a quote from Miyamoto on the barrel: “Cultivate both—your spirit and wisdom.” The cap features the symbol for samurai rendered in an inlay of tamahagane steel, which is a metal commonly used in the creation of swords.