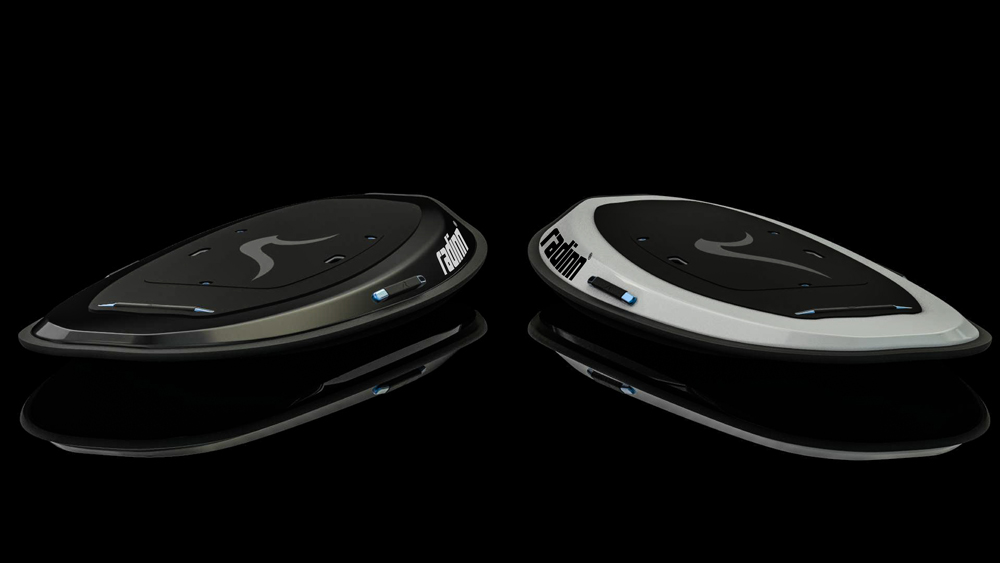 Three years after its founding in 2012, Swedish firm Radinn made a splash when it introduced the world to the Wakejet Cruise jet-propelled wakeboard. Now, after another three years of development, the company is back in the spotlight with its second-generation watercraft, the G2X Jetboard, which has been improved by nearly every metric. But really, what else would you expect from a company whose name is a portmanteau of “radical innovation?”

Like its predecessor, the G2X is driven by a battery-powered water-jet propulsion system (similar to those we’ve seen used by the likes of Jet Surf), which runs almost noiselessly thanks to its electric motor. The standard version can reach up to 31 mph—compared to the Wakejet Cruise’s 28.8—but if you really want to dive in head first, the optional Radical Upgrade will squeeze another 5 mph out of the board. A 60-percent increase in thrust from the jets gets you to that top speed faster.

It comes equipped with a battery that will power the board for about 25 minutes when driven at full speed. Of course, if you’re in for a penny, in for a pound, so you can spring for an upgraded battery that lasts an additional 10 minutes. If you want to keep to fun going even longer, Radinn sells extra battery packs that can be swapped on the fly. An optional quick charger can fully juice the battery in about two hours.

The G2X looks essentially the same as its predecessor, but a bit sleeker and more contemporary. For instance, the grip surface on the top of the board now looks like one seamless surface, rather than the segmented appearance it had before. Overall, its total weight has been reduced by 25 percent to around 88 pounds—thankfully, a carrying bag is included.

The G2X Jetboard is available in black or white and is priced at $12,290, though that price can easily increase by thousands of dollars with added accessories. And while we have mentioned some of these in the preceding paragraphs, the accessory I’m most excited about is the optional hydrofoil attachment, which will raise you and the board above the surface of the water for a completely different kind of ride. The boards are expected to ship in May.