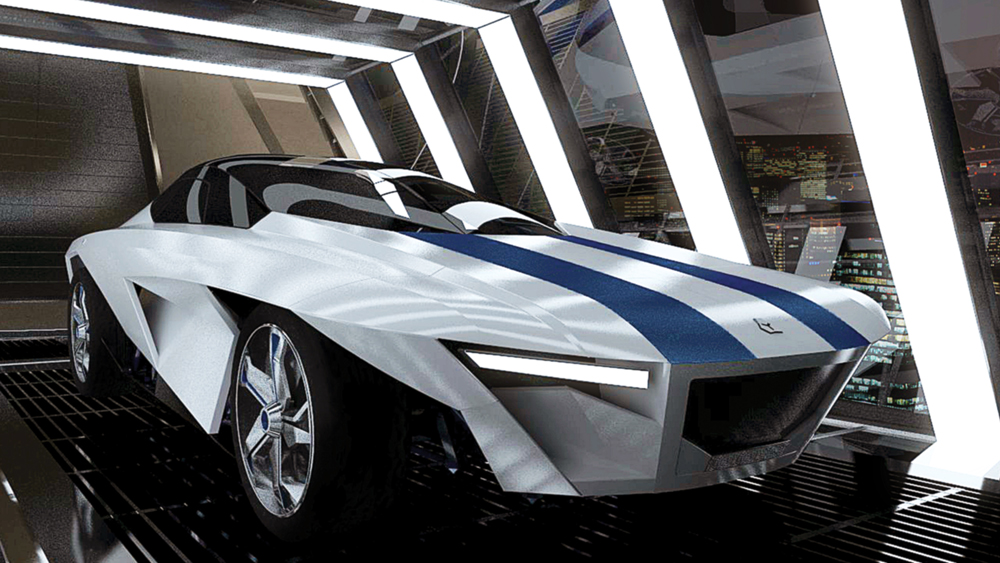 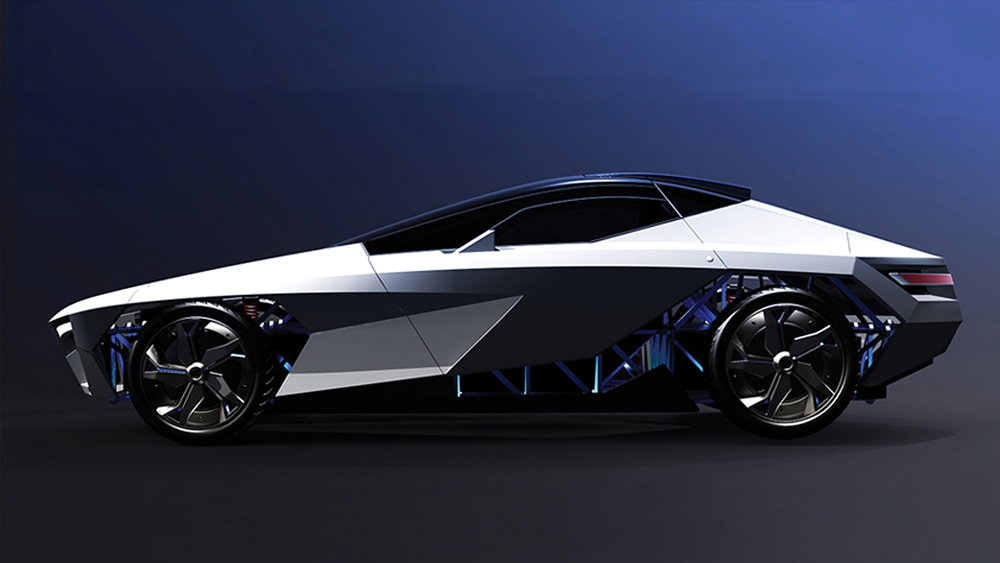 An investment of up to $3 million could make a prototype possible.

The Cunningham Syntax pays tribute to racer Briggs Cunningham and a couple of his Le Mans racecars.

Concept: Cunningham Syntax  Designer: Matthew Cunningham Odds of Production: Time and money are the only roadblocks to reality

A muscle car for tomorrow, the Cunningham Syntax exquisitely communicates industrial designer Matthew Cunningham’s ethos on aesthetics. “A good design is all about balancing constraint systems—a triadic constellation of beauty, virtue, and utility,” says the creative, who has contributed to films—including the upcoming Aquaman—and consulted for BMW, the Volkswagen Group, and other major automakers. “This particular concept is an ecological, all-electric American muscle car built off of a cubic aluminum extrusion space frame with bioplastic parts and modular drivetrain components,” says Cunningham. He explains that frame and body-panel production processes were conceived to “dramatically reduce cost and improve the environmental impact of manufacturing,” respectively. But there’s more to the conceptual coupe than cutting-edge construction, according to Cunningham. “It’s an homage to racer Briggs Cunningham [no direct relation] and two of his Le Mans cars—the 1950 Le Monstre and 1954 C4-R. Hence the white body and blue ‘Cunningham stripes,’ an innovation of Briggs which was later used by Carroll Shelby and Ford.” A mere investment of up to $3 million and a year and a half would make a prototype of the inventive vehicle possible, legendary livery included.

An investment of up to $3 million could make a prototype possible.

The Cunningham Syntax pays tribute to racer Briggs Cunningham and a couple of his Le Mans racecars.