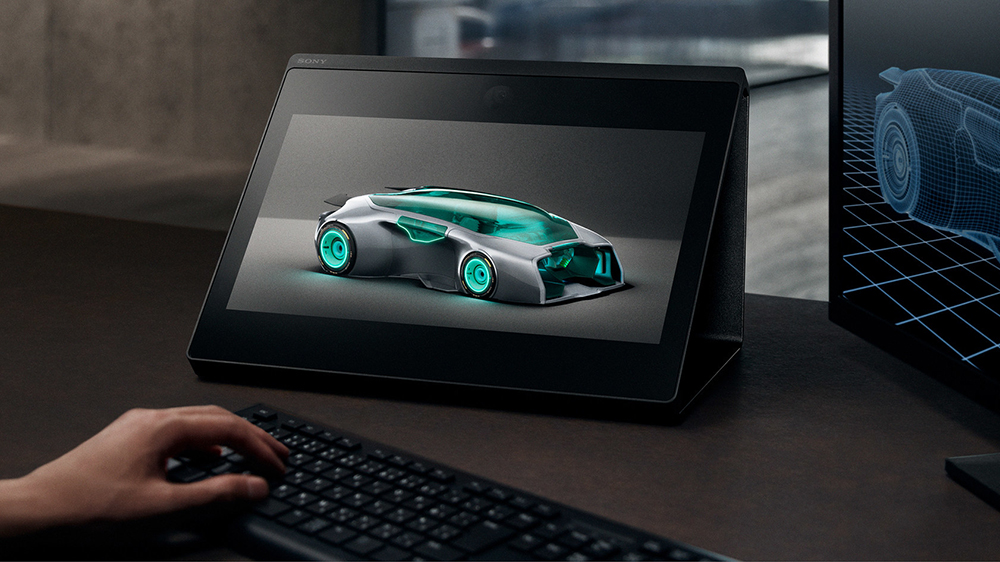 Who needs a VR headset? Not Sony, apparently. That’s because the Japanese electronics giant is poised to release its first Spatial Reality Display (SR Display), a new tablet-like device that promises to show 3-D objects to the naked eye, sans bulky goggles.

The SR Display, which debuted at the Consumer Electronic Show earlier this year, makes use of Sony’s Eye-Sensing Light Field Display (ELFD) technology to create realistic-looking 3-D images. The 15.6-inch device utilizes a high-speed vision sensor to track eye movement and position and instantaneously translates that information into a crystal-clear stereoscopic image. A micro-optical lens positioned above the unit’s 4K LCD image panel then renders an image consisting of two parts, one for your right eye, another for your left, that looks believably three-dimensional. Basically, it sounds like it will produce the kind of holographic image that’s previously only been possible in science fiction movies or Coachella concerts.

Unsurprisingly, you’re going to need a seriously powerful computer to get the best out of the SR Display. Sony suggests that it be connected to a PC with at least an Intel Core i7 CPU and cutting-edge graphics card like NVIDIA’s RTX 2070 Super GPU. Unless, you’re a serious gamer or video editor, that means you might have to invest in a new computer.

Despite its clear entertainment potential, don’t expect to see the technology pop up in a TV any time soon. For the time being, Sony seems more focused on the SR Display’s creative and professional uses. The company says its already being used by engineers at Volkswagen and visual effects artists working on Ghostbusters: Afterlife, allowing both teams to better visualize their work during the design process.

The clearest indicator that the SR Display isn’t aimed at consumers yet is its $4,999.99 price tag, which is a hefty sum for a sub-20-inch monitor. But if you’ve always dreamed of owning your own holographic projector, you can pre-order the device through the Sony website now.