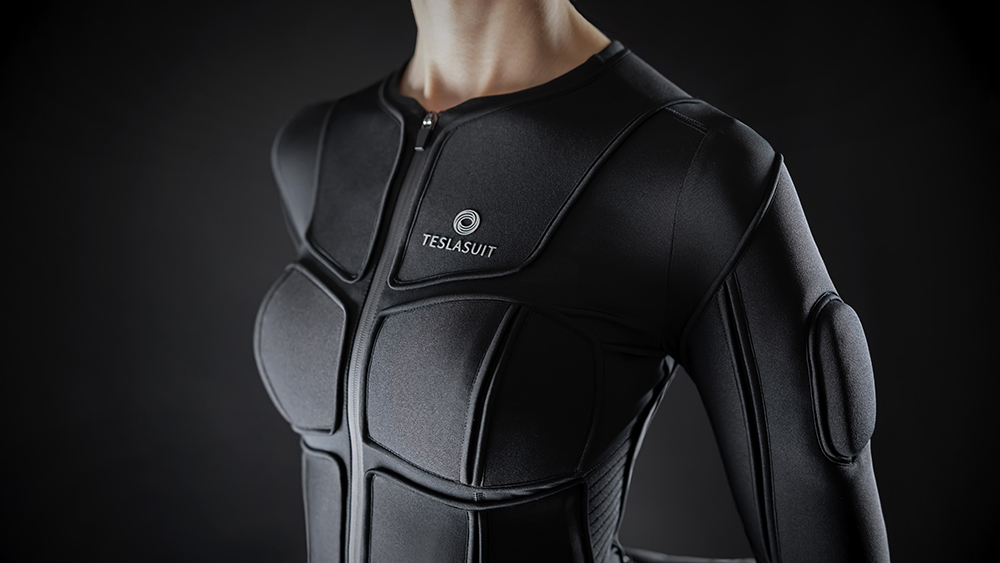 While transportation takes us ever closer to sci-fi with vertical take-off and landing (VTOL) craft, entertainment edges toward making Ready Player One less movie make-believe and more next door. London-based Teslasuit—with manufacturing, operations and R&D in Minsk—enters the game with full-body haptic gear, so you can feel and touch everything that’s happening in the virtual experience—a gentle rain or arctic cold, an arrow shot to the ribs or a hug.

Although immersive gaming is the obvious use, cofounders Dimitri Mikhalchuk and Sergey Khurs intend the suit for multiple applications, including fitness training and kinesthetic learning—think perfecting your golf swing. The two-piece wireless suit, made of a smart fabric with an embedded minicomputer, uses tiny electrical impulses to track motion and heart rate as well as deliver feeling and even stimulate targeted muscle groups. All of which could help athletes improve muscle memory, correct errors to prevent injury, help with rehabilitation to remedy muscle asymmetries or prevent atrophy from degenerative diseases and aging. 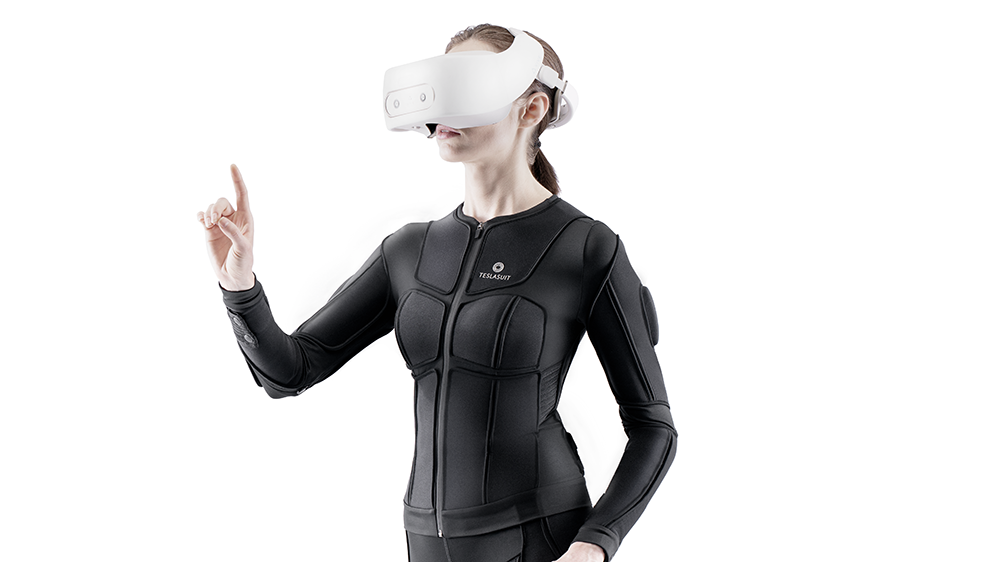 The innovative apparel—which is washable and can be tailor-made—uses Bluetooth or Wi-Fi to connect to devices and is already compatible with most VR headsets as well as iOS and Android phones and PCs. Its cool factor is off the charts, but we also applaud how fast the Teslasuit has gone from concept to market: The first prototype launched in 2013, and the suit won awards this year. Much faster than VTOL status, which lingers in beta. 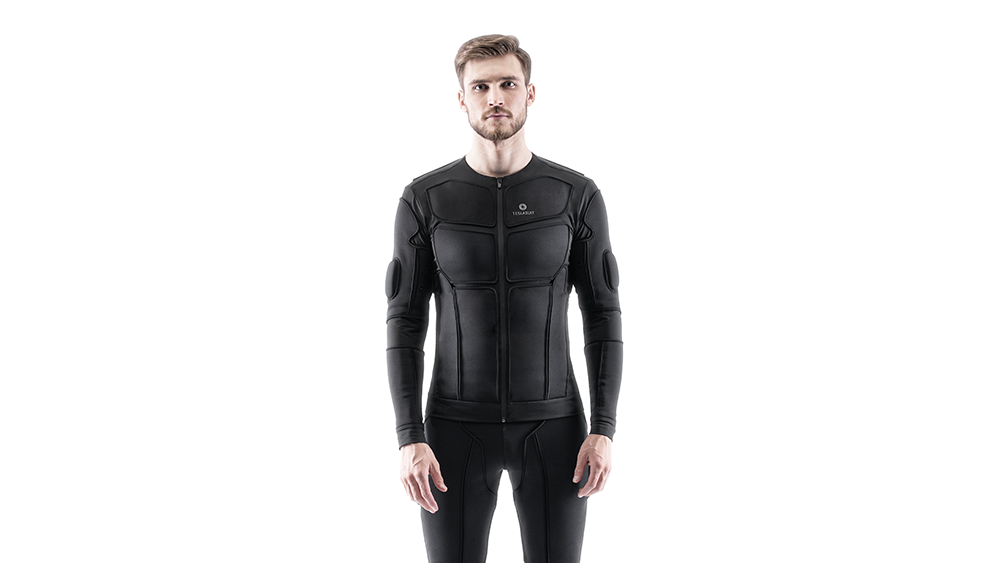 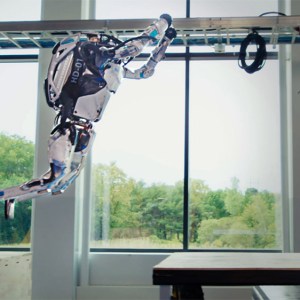