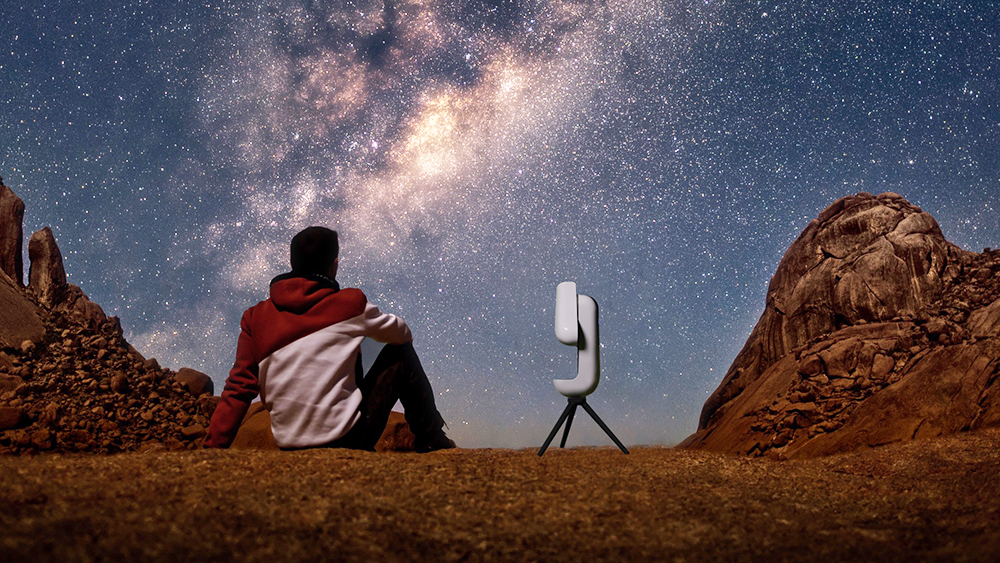 One of the most challenging aspects of stargazing is ensuring you don’t miss any spectacular interstellar moments. To help, Vaonis has developed a new smart telescope that automatically tracks objects in the sky and then captures them via your smartphone.

The second-generation model, known as Vespera, builds upon the legacy of the French outfit’s first observation station Stellina. It’s smaller, lighter and more affordable than its predecessor, making astronomy even more accessible to budding enthusiasts. Think of it as a mini-Hubble for your home.

Vespera is essentially a hybrid that combines the best parts of a telescope and camera. It’s fitted with an Apochromatic Quadruplet lens and a two-megapixel Sony IMX462 sensor that can capture high-res images of deep-sky objects in an instant. It also features automated star-field recognition and can track objects to assist you in getting that perfect snap.

Vespera can capture high-res images of deep-sky objects in an instant.  Vaonis

The design eschews the traditional eye-piece in favor of a modern screen to bring a little more comfort to the stargazing experience. It can also be controlled from an app on your smartphone or tablet. This means you can observe and take pictures of the galaxy at the touch of a button and then share them with the social media universe.

To top it off, Vespera is sleek and compact by design. Light-years apart from the ye olde telescopes of yore, it looks like a piece of tech that you could pick up in an Apple store. The whole setup weighs just 11 pounds and is fitted with a tripod, so you can easily move it around your home to find the best vantage point. It also conveniently packs away if you wish to take it on camping trips.

Vespera can be controlled from an app on your smartphone or tablet.  Vaonis

Despite all of this, Vespera is relatively inexpensive. The whole setup will set you back just $1,499—that’s a few thousand cheaper than its big sister Stellina ($3,999). The telescope is available for pre-order now and is expected to roll out in spring next year.