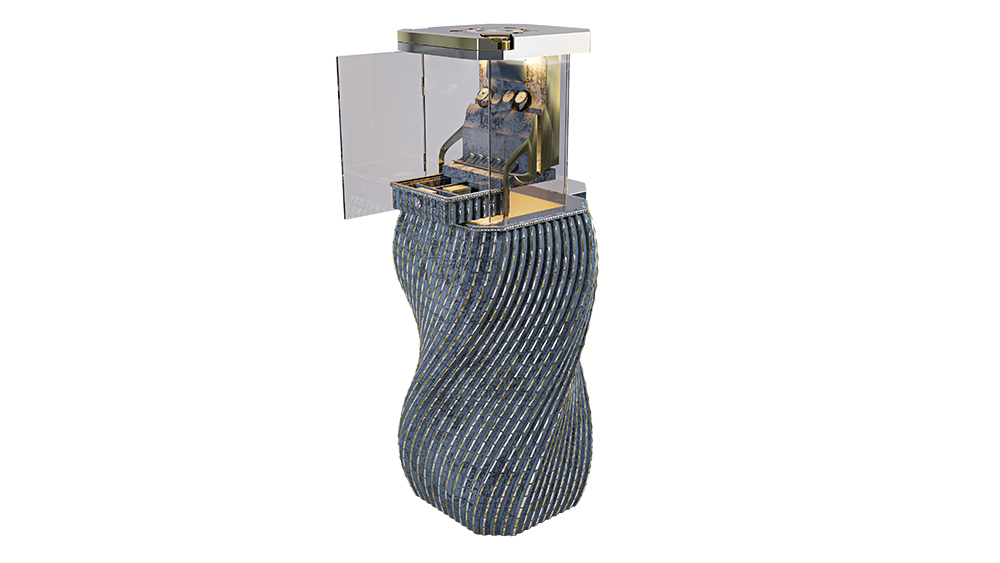 It’s a suitcase that thinks it’s a safe. The new custom product from Dubai-based interior designer Ali Bakhtiar is the ultimate security blanket for wealthy globetrotters. The impetus, he tells Robb Report, was requests from clients who wanted to simplify the process as they moved between their homes, and how readily they could access expensive items like rings or necklaces. “A lot of people had jewelry in the bank safe, and every time they wanted to wear something they had to go and get it, “ he says. If they did decamp to another property, the admin was onerous, too. “It was quite hectic for them, transporting all these items—you had to get insurance for each one—so we came up with this idea for movable compact safes. It actually saves a lot of headaches.”

Bakhtiar’s custom-made products cost between $50,000 and half a million bucks, depending on size and their indestructibility. “It’s like a suitcase, and you can store as much as you can inside it, but you cannot open it, blow it up, and it cannot sink. It will fit into a car, and you cannot see it,” he explains. These devices can be discreetly loaded into vehicles, either by hand or by an elevator shaft, as Bakhtiar created at one property. “When you’re leaving, you close the safe and it goes in the elevator shaft straight to the back of the car, and then to the plane. Nobody sees it transported, and from the outside it looks like a furniture piece, not a safe. There might be graffiti on them, to look like art pieces, and it’s not something that would draw people’s eyes.”

He’ll also create duplicate receptacles for the suitcase safe at clients’ properties, whether on a yacht or a ski chalet; it can easily then be stored, its contents accessed and then be removed for travel—all without ever unpacking. In one instance, Ali even incorporated the safe into a custom coffee table, concealing it underneath, while for another client who owns a private island and a yacht, he built one into a submersible. The small portable submarine could shuttle between boat and land, and was also impregnable should pirates attack the vessel.

Bakhtiar is now working on the next iteration of this concept for portable security, expressly aimed at his ultra-high-net-worth clientele: modular walls for art displays that can be removed and transported between homes without ever removing a canvas. “Clients say ‘I love this piece, but I’m only here one month per year, and I don’t want to keep it here because I travel so much’,” he explains. The designer is currently working with one client who has an extensive art collection, including many Egyptian antiquities; the pieces are permanently installed on one wall, which can be removed and transported in advance to whatever house they’ll next occupy. “Then, when they arrive, it’s installed with all their favorite pieces.”