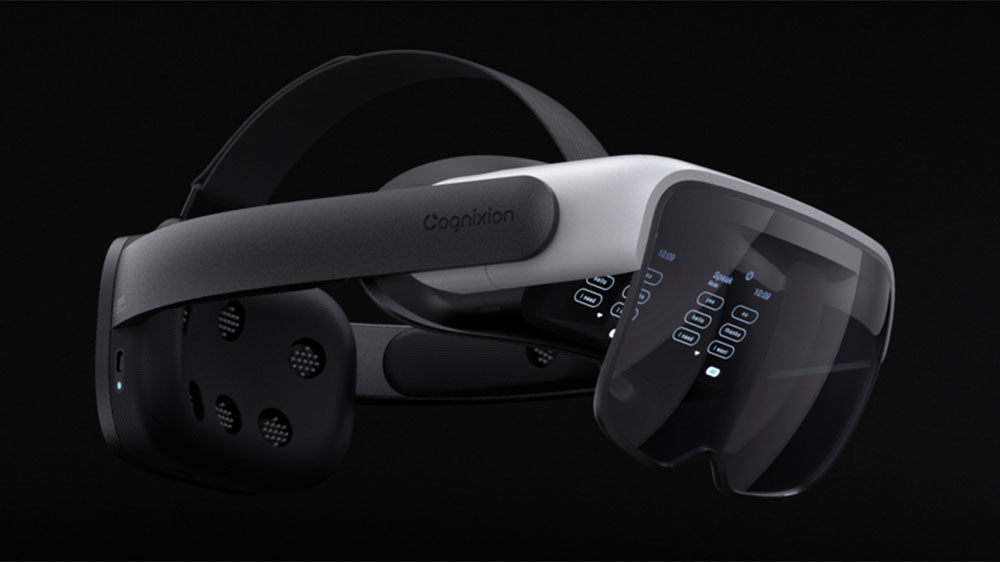 We all knew that computers would eventually become one with our minds. Now, one company wants to bring that futuristic idea to your next headset.

The aptly named company Cognixion just unveiled the ONE AR, a hands-free augmented reality device that can be controlled via a brain-to-computer interface (BCI). That’s right, it’s a headset you control with your mind.

Developed by a team of neurologists, biosignal engineers, speech-language pathologists and other experts over the last four years, the ONE is an AR headset that is currently aimed at anyone with complex communication disorders like cerebral palsy or amyotrophic lateral sclerosis. In addition to BCI, the self-contained device can be controlled by head movements, voice commands and a physical switch.

Here’s how it works: Six non-invasive electrodes are placed on the wearer’s head, creating a live connection between the user and the device. Thankfully, the technology isn’t yet advanced enough to decode exactly what someone is thinking, but it can identify brain activity related to looking and pointing, allowing the user to select items on a menu or type out messages. Machine learning algorithms will also improve the connection between the wearer and headset over time. The device will also feature 4G and WiFi connectivity, a two-way display and an integrated AI assistant.

“I’d have thought the idea behind Cognixion One was merely wildly imaginative if it weren’t already a reality,” Alan Brightman, the founder of Apple’s Worldwide Disability Solutions Group, said in a statement released by the Cognixion. “In my opinion, this product will prove to be truly, fundamentally life changing for people young and old with varying levels of ability.”

More information about what the ONE can do, including its inevitable entertainment and gaming capabilities, will be announced in the coming months. What we do know is that the device will be available sometime this year. Those interested in joining a beta testing program for the headset can sign up through Cognixion’s website now.