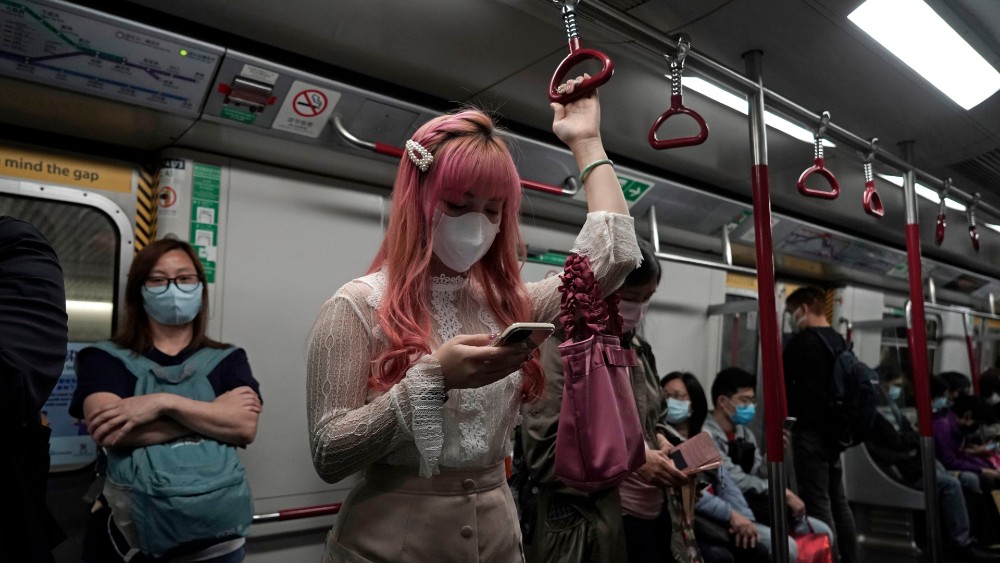 If you feel like your entire world has shifted online at lightning speed, you’re not alone.

Amazon is approaching the status of a national utility. Microsoft is now hosting the world’s meetings and home-schooling over its MS Teams app. Smartphones, laptops and apps from Google, Apple and Samsung have never been more essential to our lives, while FaceBook, and its social media services WhatsApp and Instagram, have been upgraded from optional to indispensable.

As always, apps focus on delivering what their creators lack in their personal lives. Right now, that means food, friends and toilet paper. So My Bodega Online will bring you groceries from your local store, Houseparty will alert you when your friends are “in the house” and ready to hang out, and How Much Toilet Paper will tell you how much of life’s most basic essential you need to stockpile to survive the pandemic.

The My Bodega Online homepage

Meanwhile, Helpful Engineering is connecting scientists and engineers to crowd-source designs for new ventilator construction, and a Belgian 3-D printing company called Materialise is producing door handles that can be opened without hand contact. Yet when it comes to addressing the actual spread of Covid-19, the Western world’s digital response to the coronavirus has been slow compared to Asia, where governments quickly moved to control the epidemic by monitoring the health and movements of their citizens via smartphone, with varying degrees of compulsion.

Countries including China, South Korea, Singapore, Hong Kong and Taiwan have “contact tracing” smartphone apps that record symptoms and track users’ movements, in some cases triggering an alarm if the device leaves a quarantine area. One of the leading Chinese monitoring apps, Alipay Health Code, uses a traffic light system, with a red light requiring mandatory hospital quarantine. Only those whose phone displays a green light are allowed to use facilities such as public transit.

A New York Times investigation found that Alipay, which claims to have more than 1.2 billion global users, appeared to share citizens’ location details with police. In South Korea and Singapore, health authorities use phone GPS and credit card data to identify schools, restaurants, churches, gyms and stores visited by infected people—which they then publish online. Privacy considerations make these measures unpalatable in Western democracies, but Asian countries, even democratic ones, tend to prioritize public order over individual liberties.

Meanwhile in New York, the strictest government intervention so far is a mayoral text message service asking residents to keep a six-foot distance. Yet even in the US there are obvious advantages to a system that replaces traditional contact tracing methods—long interviews by medical officials logging an infected individual’s past movements and encounters—with a fast, scalable and reliable automated system.

It may be too little, too late, but initiatives are growing. The Center for Disease Control and Protection recently launched a triage bot that will tell you what to do if you think you have coronavirus. Google is developing a screening website for the virus, which is currently being piloted in California, and US scientists have called on Apple and Google to embed contact testing apps in their operating systems.

In the meantime, scientists at MIT and Harvard have launched an app called Private Kit: Safe Paths, which claims to offer a voluntary and anonymous contact tracking service. The app works by “privately logging your location on your phone and comparing it to location data released by health authorities,” said Alina Clough, one of the app’s developers at the Harvard Kennedy School. This location data, which Clough says is taken from medical providers, governments and a global open-source database, is used to notify users if they have previously crossed paths with an infected person. App users and sick people are not tracked in real time. The app will be promoted through social media and partnerships with governments and private companies, says Clough.

In the UK, scientists at the University of Oxford are developing a similar app, which uses the Chinese traffic light system, though participation would be voluntary. The aim of the app is “anonymous contact tracing,” said Professor Christophe Fraser, an expert in infectious disease control at Oxford’s Nuffield Department of Medicine. “Infected persons will not be identifiable and data will not be stored indefinitely.” Developers are working with the country’s National Health Service (NHS) in order to achieve the 60 percent public adoption rate required for maximum efficacy.

This may well prove efficacious in the UK, where public trust in and affection for the NHS runs deep. In the US, it’s questionable whether a voluntary app that shares individuals’ private health data with the government would be adopted widely enough to be of much epidemiological use.

To be sure, Big Tech has been handed a starring role in this crisis. Whether it can harness the opportunity to gain public trust is an open question.