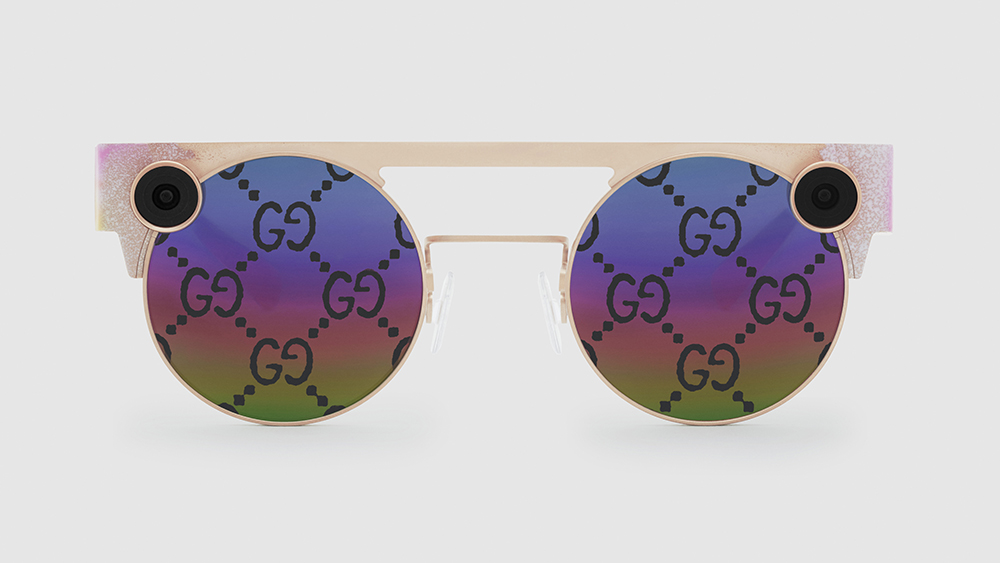 Snapchat’s first pair of smart glasses weren’t exactly snapped up, and it ended up costing the company nearly $40 million in unsold inventory. Now, the Santa Monica-based company is betting that a new collaboration with Gucci and filmmaker Harmony Korine will breathe colorful new life into the smart specs.

Created exclusively for Art Basel Miami Beach, the limited-edition Spectacles x Gucci glasses are a technicolor riff on the new Spectacles 3, which were released earlier this year. Dreamt up by Korine, the hand-painted glasses feature highly saturated tones—like candy pink and neon yellow—that emulate the director’s signature color palette. (If you’ve seen Korine’s Spring Breakers or Beach Bum, you know what we mean.) The frames have Korine’s name scrawled on one side with Gucci on the other, while the lenses are covered with the house monogram.

As part of the collab, Korine also shot a new film on Spectacles 3. The glasses are outfitted with twin HD cameras that are capable of capturing photos and videos of up to 60 seconds, while the four built-in microphones record high-fidelity audio. “Spectacles 3 is a completely unique format that shifted my perspective on film, narrative, what’s animated and what’s real,” the filmmaker said about creating the film.

To make the movie, the filmmaker capitalized on the glasses’ augmented reality potential, utilizing special 3-D effects made specifically for the project. Titled Duck Duck, the film follows a guy in an hot-dog suit as he partakes in shenanigans across Miami—skating, surfing, dancing with pandas, and more. It’s strange, captivating and quintessentially Korine. Snap described it as an “unbridled dreamscape of sound and color,” which can also be said of the city itself.

Unfortunately, the specs used in the film were a one-off design—for now, at least—and limited to just 50 pairs. But if you’re interested in making your own short film, a pair of standard Spectacles 3 will set you back $380. Alternatively, Snapchatters around the world can virtually try on Spectacles x Gucci by Harmony Korine here and experiment with the 3-D filters and effects used in the film.

You can check out Korine’s short film below: