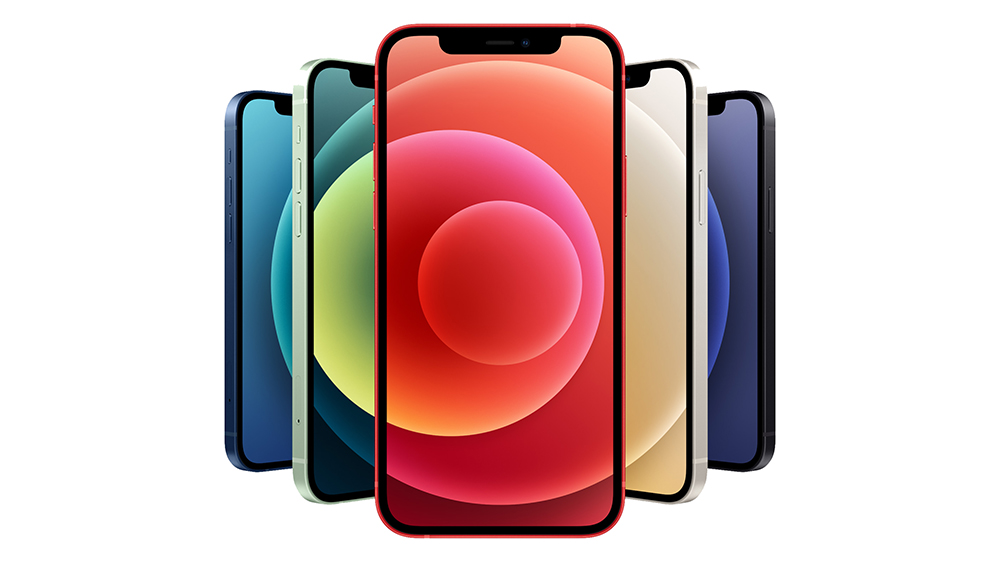 On Tuesday, Apple momentarily stole the spotlight from Amazon Prime Day to announce the next generation of iPhones. In the company’s latest virtual event, Apple CEO Tim Cook introduced not one or two, but four brand new iPhone 12 models, an array that includes the smallest and the largest iPhones yet, along with a “simply stunning” new design and faster cellular speeds.

Here’s everything we learned about the new phones and their standout features. But if you’re already convinced enough to upgrade, pre-orders for iPhone 12 Pro begin this Friday, October 16, and the new devices will be available on October 23. You can pre-order the iPhone 12 Pro Max on Friday, November 6, and in stores beginning Friday, November 13.

It’s Faster Than Ever, but Not Because of 5G (Yet)

Apple’s official tagline for the live-streamed event was “Hi, Speed” and iPhone 12 promises to be lightning quick. Indeed, it’s the first iPhone to be optimized for 5G Ultra Wideband networks. The upgrade eventually promises to double peak download and upload speeds, which would result in higher quality video streaming, more responsive gaming, real-time interactivity in apps, FaceTime in high definition and more. The fifth-generation tech, after all, has been touted be 10 to 20 times faster than current 4G speeds. Cook deemed it “the most exciting step yet.”

Of course, that promised land is still a ways off. The 5G infrastructure in the US is very much under construction and perhaps years away from being widely available. Furthermore, the 5G networks that have been introduced in dozens of cities by major US carriers—T-Mobile, AT&T and Verizon—are currently not hitting those eye-popping 5G speeds. That’s because most carriers piggybacked the new 5G on their existing 4G or LTE networks. So the connectivity is there, but the speed isn’t yet.

At Tuesday’s event, Verizon Communications CEO Hans Vestberg boasted that the carrier’s 5G network is now in 55 cities, 43 sports stadiums and seven airports. By the end of 2020, Verizon plans to launch 5G in more than 60 cities, including San Francisco, Philadelphia and Tucson. But wider nationwide availability will happen more gradually, and the rural parts of the country will have much longer to wait. That’s true for all carriers. So, for now, the reality is that you could shell out for the iPhone 12, but it’s likely you won’t be able to take full advantage of its 5G capability before the next iPhone arrives.

That’s not to say the iPhone 12 isn’t fast. In fact, the latest iteration has the fastest chip of any iPhone, the A14 Bionic, which boasts a whopping 3 billion more transistors than its predecessor. That makes it the most powerful CPU of any smartphone. In fact, Apple claims it’s up to 50 percent faster than competing phones. So, the good news is you’re likely to see a noticeable bump in processing speed regardless of your carrier.

It Comes in 4 New Sizes

The family of four is unequivocally diverse and features an array of sizes to suit any Apple devotee’s needs. At the smaller end of the spectrum sits the palm-sized iPhone 12 mini ($699). The first iPhone to receive the “mini” adjunct, it measures 5.4 inches and is “the smallest, thinnest and lightest 5G phone in the world,” according to Apple. The new iPhone 12 ($799) and iPhone 12 Pro ($999) both stretch to 6.1 inches. The latter, of course, is a higher-end version finished with premium materials. Finally, there’s the iPhone 12 Pro Max ($1,099). Measuring 6.7 inches, this is the largest iPhone to date and also offers the best resolution of any iPhone screen produced.

An Updated Design and New Colors

The new iPhone 12 features a sleek silhouette and squared-off smooth edges that are reminiscent of the previous iPhone 4 design. The iPhone 12 mini and the iPhone 12 will be available in a new blue colorway, along with the standard black, white, green and Project (Red) options. The iPhone 12 Pro and 12 Pro Max, meanwhile, can be purchased in a new Pacific Blue color scheme, as well as gray, stainless steel or gold.

All four iPhone 12 models feature OLED screens to bring HDR video content to life. The models deliver a 2 million-to-1 contrast ratio for true blacks and nearly twice the peak brightness of the iPhone 11. The iPhone 12 Mini and the iPhone 12 offer an advanced new dual-camera system. This includes a 12-megapixel f/1.6 main camera—the fastest aperture in any iPhone—and a 12-megapixel ultra-wide. The top-tier iPhone 12 Pro and 12 Pro Max, meanwhile, feature a triple-camera system with 12-megapixel wide, telephoto and ultra-wide camera lenses. The new models also boast a new “Ceramic Shield” that is “tougher than any iPhone glass.” This means if it falls out of your pocket it has four times the chance of surviving without cracking.

In addition to the iPhone 12, Apple used Tuesday’s event to unveil a new MagSafe wireless iPhone charger and wallet (price to come), along with the HomePod Mini ($99). The tech giant also announced its plan to become carbon neutral across its entire business, manufacturing supply chain and product life cycle by 2030.