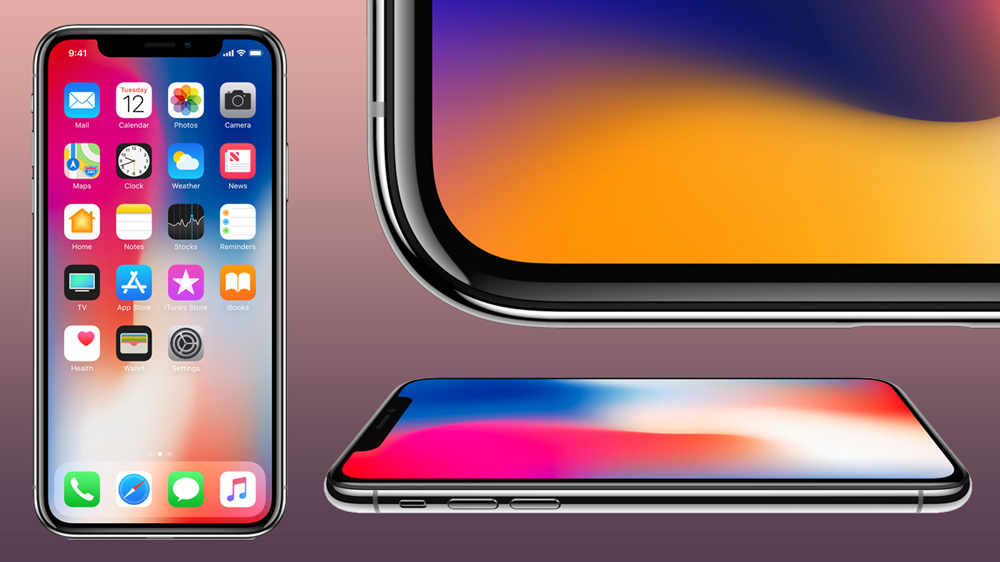 Just hours ago in the Steve Jobs theater at Apple’s recently completed new campus in Cupertino, Calif., CEO Tim Cook publicly unveiled the Apple iPhone X. While the launch of any version of the iPhone is a cause for Apple fans to celebrate, the newest iteration marks the tenth anniversary of the product that brought smartphones into the mainstream—and its bevy of new features gives us a peek into what the next decade has in store.

The first thing one is likely to notice about the iPhone X ($1,000) is its big, beautiful 5.8-inch screen—the line’s largest to date. Bezel-free and extending virtually from edge to edge, the screen even curves at the borders to remain contiguous with the rounded corners of the device, and its glass tapers seamlessly into the stainless-steel band encircling the perimeter of the phone.

The new iPhone is also the first to use an OLED screen (referred to as a Super Retina display Apple), which has an astonishing one-million-to-one contrast ratio and HDR capabilities.

To extend the screen all the way to the edges, Apple ditched the familiar home button in favor of swipe controls; a user now simply swipes up on the screen to return home. But you may ask, “How do I use my fingerprint to unlock the phone now?” Rather than using fingerprint-based biometrics to access the device, the iPhone X uses a facial recognition system called Face ID. Utilizing an infrared camera, a flood illuminator, and a dot projector, the system maps your face and stores the data on the phone (rather than in the cloud). Once mapped, users only need to glance directly at their phone to unlock it—even in the dark, or while wearing a hat. Indeed, Apple claims that the phone adapts as your appearance changes (such as if you grow a beard). The same technology can also be used to verify transactions through Apple Pay as well as third party apps.

The True Depth front-facing camera system that powers Face ID isn’t just used for these somewhat mundane tasks; it can also be used to spice up your text chats with animated emojis (called Animojis) that follow your facial expressions. Owners can choose from a dozen different avatars (everything from a cat and a dog to a unicorn and a turd) and then record a voice message and their expressions to send to another iPhone user. While this feature probably isn’t going to revolutionize the way people use smartphones, it sure looks like a fun diversion.

A consistent theme throughout the press conference was Apple’s commitment to augmented reality (AR) applications. In fact, the powerful A11 Bionic chip at the heart of the iPhone X was specifically developed to meet the demanding performance requirements of AR and 3-D games. While promising, AR applications haven’t really gotten off of the ground in a big way (though Pokémon Go showed us that there is interest), so perhaps Apple’s backing could be just what the technology needs to break into the mainstream.

There’s still no headphone jack, of course—if you want an iPhone, you’ll need to embrace wireless audio—but the iPhone X at long last has added wireless for charging now as well. Cook also showed off the new AirPower charging station, which will wirelessly charge up to three devices simultaneously, including the iPhone X, as well as the Apple Watch Series 3, iPhone 8, iPhone 8 Plus, and AirPods wireless charging case—all four of which were also announced at the show.

Thankfully, Apple tends to release its new devices shortly after their announcement, and the iPhone X is no exception; the smartphone will be made available for preorder on October 27 and will arrive in stores one week later on November 3. If you want one in 2017, though, you should probably preorder on the 27th. Pundits expect inventory shortages through the remainder of the year.