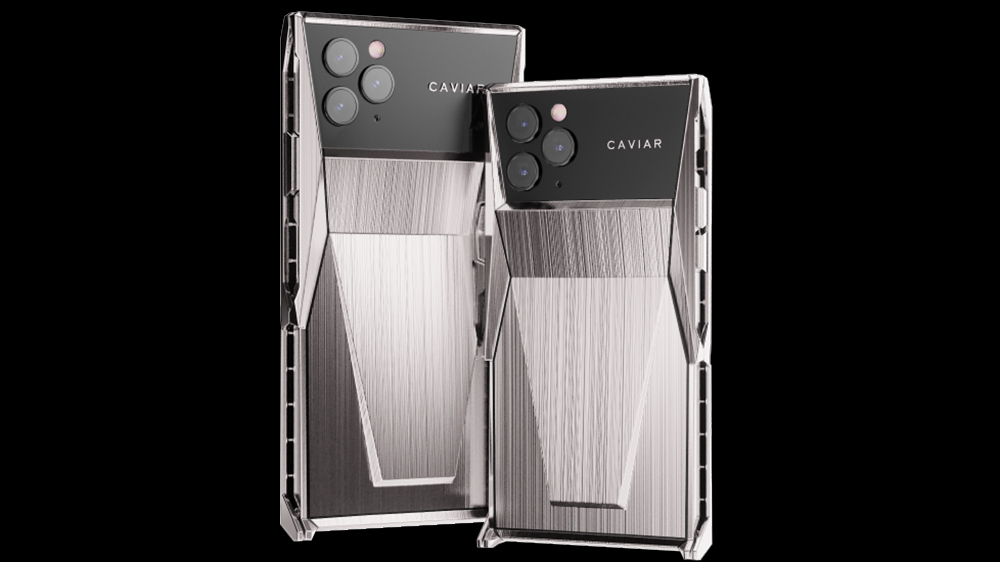 First there was the Cybunker, then the Cyberhome and now the Cyberphone. Russian luxury electronic brand Caviar is the latest company to try to cash in on Cybertruck mania with a ridiculously over-the-top custom iPhone inspired by Elon Musk’s favorite pickup.

The Cyberphone is an iPhone 11 Pro encased in a protective titanium case sure to remind anyone paying attention of Tesla’s latest EV. And the company isn’t exactly trying to hide it; Caviar’s website says one “can trace the deliberate geometry of lines, simplicity of forms and versatility of materials” directly to the Cybertruck.

The company says the Cyberphone’s titanium shell isn’t just for looks and serves a functional purpose, protecting every angle of the phone from damage. Indeed, the phone’s screen is shielded by a folding cover whenever it’s not in use. The case is undeniably striking, but the company claims it’s not just for looks; Caviar says it “even enhances the smartphone’s functionality.” That’s because the folding screen cover also doubles as a stand for the phone, should you need one.

The phone’s folding shield also gave Caviar the chance to have a little fun at Tesla’s expense. In a promotional vid announcing the phone, the company claims the cover provides “Absolute Screen Protection,” words that are imposed over footage of an embarrassed Elon Musk studying the Cybertruck’s shattered driver side windows during the vehicle’s November unveiling.

Caviar says it plans to produce only 99 Cyberphones. Pricing for the phone—which is available as an 11 Pro or 11 Pro Max with either 64, 256 or 512 Gb of storage—starts at $5,256. You can pre-order yours now through the company’s website.

Even if you’re not a fan of the Cybertruck, Caviar has plenty of other ridiculous customized iPhones for you to choose from. Two particularly noteworthy models: a $6,920 Grand Complications Skeleton edition that looks like the inside of a vintage mechanical watch, and the $131,5000 Credo Christmas Star edition, which turns your iPhone 11 into a gold and diamond-encrusted nativity scene. Suddenly, the Cyberphone doesn’t seem so strange after all.