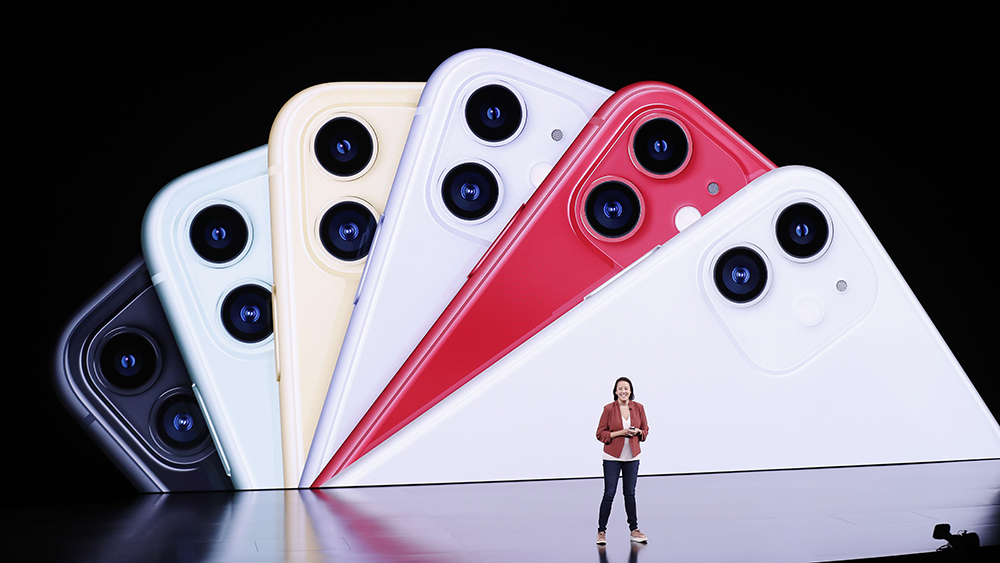 Another year, another iPhone. Yep, Apple has just unveiled the latest iteration of its hallmark smartphone: the iPhone 11, and even after 12 years, the tech giant has managed to eek out a new round of features. Whether they will be worth the upgrade—or the $700 to $1100 price tag—may well depend on the number of cameras you think a phone should rightly have.

From the front, the new iPhones seem to resemble last year’s X models—larger displays, less bezel and sans home button—but flip them over and their most prominent new feature appears: a second camera, or third depending on the model. In addition to the 12-megapixel wide-angle camera fitted in its predecessor, the new iPhone 11 boasts an second 12-megapixel ultra-wide camera which supports 2x optical zoom. As for the iPhone 11 Pro and Pro Max, they now have three rear cameras with 4x optical zoom, because why not.

Designed to appeal to the point-and-shoot (mostly at yourself) generation, the additional cameras are enhanced by an immersive interface and boast an epic 120-degree field of view. Night mode has been added—to compete with rival Pixel and Note 10 devices—and there’s even an improved portrait mode that’s now compatible with pets.

In addition, Apple claims the new models have the “fastest CPU in a smartphone” thanks to a new A13 Bionic chip (that’s actually what it’s called), as well as “the best machine learning platform in a smartphone.”  There’s “enhanced Face ID” to speed up the creepy Big Brother factor, a new OLED panel for a brighter display, improved battery life—the iPhone 11 has an hour more than the XR while the Pro has 4 hours more—and greater water resistance (up to 2 meters in the 11 or 4 meters in the Pro and Pro Max).

But maybe the feature Apple loyalists will enjoy the most is the new color palette: The iPhone 11 is available in six shades—purple, white, green, yellow, black, and red—while the Pro and Pro Max will be available in midnight green, space grey, silver and gold.

Indeed, the iPhone may need that added touch of color. Shipments of the phone have decreased by a whopping 25 percent this year, according to the Associated Press. Whether this iteration’s new features and a slight drop in price—the iPhone 11 is $50 cheaper than its predecessor—are enough to counter the slump in sales remains to be seen.