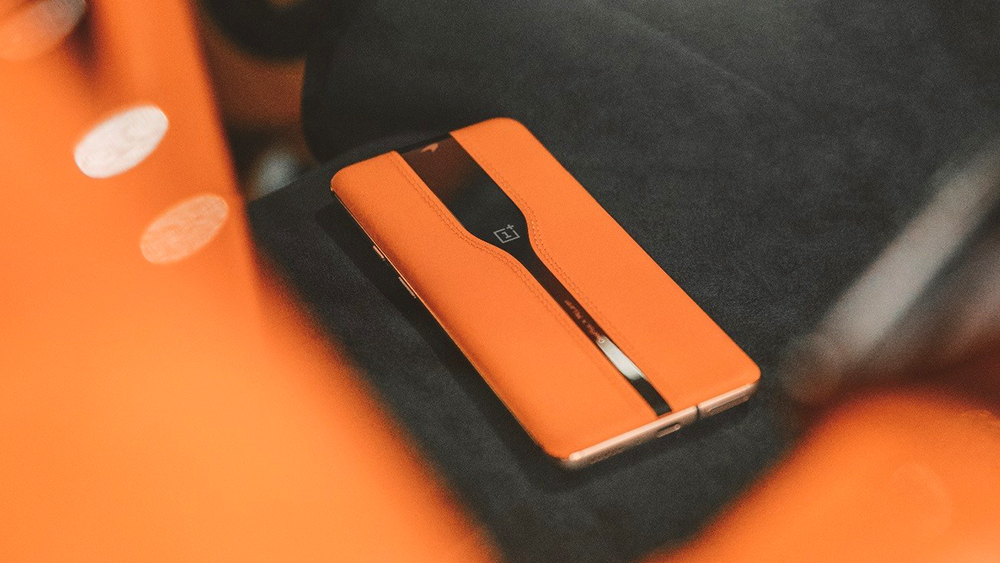 Since our smartphones are sprouting more and more cameras, the idea of making the lenses discreet is rather appealing. Now, OnePlus and McLaren have teamed up to make that incognito dream a reality.

The Chinese phone manufacturer and the British automaker just unveiled a new concept phone at CES 2020 that uses electrochromic glass technology (also found in the marque’s supercars) to create an “invisible camera.” Concept One is the first-ever phone to feature the color-shifting glass which utilizes organic particles to create changes in transparency. The glass covering the lens can shift in just 0.7 seconds—faster than it takes for the camera to actually turn on—from solid black to fully clear. That is the fastest speed yet achieved in the industry, and it uses almost no power.

Electrochromic glass is typically composed of two panels of glass with color-shifting material in between them, rendering it both thick and cumbersome. With this design, OnePlus has managed to achieve something far thinner than average: The individual panels are just 0.1mm, making them as thin as a glass protector film. This means Concept One is light and narrow without being overly fragile.

“The invisible camera stands as a new form of camera design, one that spares the user from the compromises of current camera layouts,” CEO and founder of OnePlus Pete Lau said in a statement.

But the groundbreaking glass is simply the cherry atop this sleek smartphone. The OnePlus-McLaren collaboration gives the Concept One that all-important luxury edge. Taking cues from the marque’s 720S Spider—which fittingly has a hardtop made of electrochromic glass—the phone features soft-grain leather in the iconic McLaren papaya orange and luxury trim specially tailored for the automaker. Basically, it has the same finish as a $300,000 sports car.

“At McLaren we select the best quality leathers produced in the UK; it’s a material that exudes luxury and we are keen to offer our expertise in the design of this OnePlus concept device,” color and materials design manager at McLaren Jo Lewis said.

While OnePlus isn’t planning to release the Concept One publicly—not yet, at least—the design has created an elegant solution to the multi-camera dilemma. Even better, now there’s a phone as sleek as your Spider.