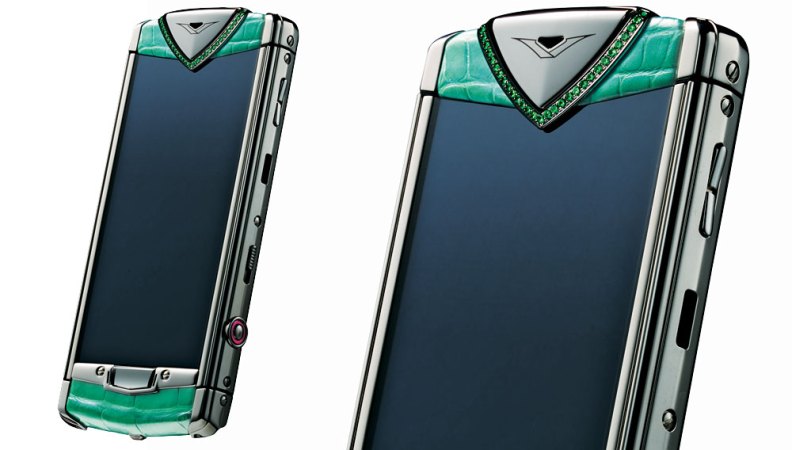 In a turn of events that likely shocks no one, British luxury cellphone manufacturer Vertu is shutting down operations.

The last few years have not been kind to Vertu, which made a name for itself by offering cellphones built from fine materials (leather, titanium, gemstones, etc.) and giving its customers access to an exclusive 24-hour concierge service that could arrange anything from dry cleaning pickup to VIP access to restaurants and venues.

Struggling cellphone giant Nokia, which launched the brand in 1998, sold Vertu to a private equity firm in 2012. This change allowed the company to finally move its phones to the more modern Android operating system and embrace touchscreen technology. However, Vertu wasn’t able to find its footing in such a rapidly changing market (its phones were often little more than last-generation tech wrapped up in a pretty package), and in 2015 it was sold to a Hong Kong–based investment firm.

That arrangement lasted for just 18 months before the company was sold yet again, this time to controversial exiled Turkish businessman Hakan Uzan. He paid just $65 million—quite a bargain from the $230 million Nokia sold the company for five years earlier. After a failed attempt to renegotiate Vertu’s debt earlier this week, the company finally ceased operations.

Vertu’s demise is not surprising; the company was often derided for emphasizing flash over substance. And while this approach may have been viable in the pre-smartphone days, when cellphone technology moved at a slower pace, it became a severe hindrance in an age where giants like Samsung and Apple began turning out new, feature-rich models on a yearly basis.

That said, Vertu unabashedly embodied a particular approach to luxury. Like many high-end mechanical watches, its phones were primarily status symbols and functional devices second. For those in the know, having one of Vertu’s phones—which were mostly priced above $10,000—indicated a certain level success (and disposable income). Even we were not immune to its charms: It made multiple appearances on our annual Best of the Best list, including in 2012 and 2013 for the Constellation and Ti, respectively.

Though the pioneer of luxury cellphones may be gone, its legacy persists. Companies like Porsche Design and Tonino Lamborghini have gotten on the luxury cellphone bandwagon, and professional-grade camera maker Red is set to debut its own smartphone later this year.