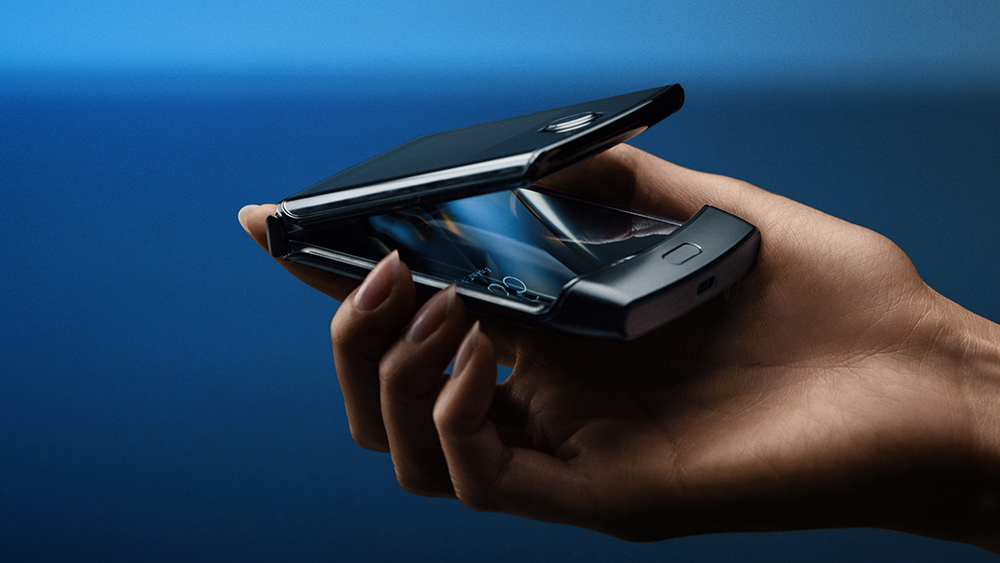 Motorola is ready to party like it’s 2004. The company is moving forward with its much-hyped new Razr, the once-ubiquitous aughts flip phone, which has been reborn as a foldable smartphone.

On Tuesday, the company revealed that consumers will finally be able to get their hands on the latest bit of nostalgia-driven tech starting February 6, reports CNN. For those worried if there will be enough new Razrs to go around, you can pre-order the smartphone from Motorola or Verizon, its exclusive provider, starting January 26.

While pre-ordering a new version of the phone may seem like overkill—especially considering the market dominance of Apple and Samsung—it’s apparently not without reason: The Razr’s initial release was delayed because of supply concerns. First announced last November, the new Razr was supposed to come out on January 9, but Motorola decided to push the date back a full month because of higher-than-expected demand.

Of course, the Razr isn’t the first foldable smartphone to experience delays. Last year, Samsung delayed the release of the Galaxy Fold multiple times because of various build and quality issues. As far as anyone can tell, though, the Razr holdup appears to be solely related to supply issues.

While the look of the new Razr definitely calls to mind the original—which was introduced in 2004 and sold in various forms until 2013—it’s packed with plenty of modern features. Most notably, it boasts a 6.2-inch touchscreen plastic OLED panel that folds in half along the horizontal axis, as well as a 2.7-inch glass-covered OLED display on the outside that Motorola calls the Quick View display. With 6GB of RAM and 128GB of internal storage, the phone is powered by the Android 9 Pie OS, has two cameras, a fingerprint sensor and a USB-C charging port.

The phone’s most eye-catching feature, though? Easily its $1500 price tag. That places it squarely between the $2000 Samsung Galaxy Fold and Apple’s top of the line iPhone Pro Max, which starts at $1099. Turns out you can put a price on nostalgia.